Household energy bills could top £3,000 a year in England, Wales and Scotland from October, in part due to the Ukraine crisis, a report has warned.

The bank Investec said the conflict, along with surging global demand, had made gas and electricity prices soar.

It expects the energy price cap, which limits what suppliers can charge, to hit £3,238 a year for the average home when it’s next adjusted in October. 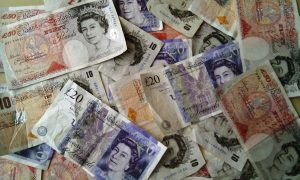 Investec analyst Martin Young said a further rise in October, which would impact about 22 million households in England, Wales and Scotland, would be “devastating”.

He said such an increase would “plunge many people into fuel poverty”, with many facing an “eat or heat dilemma in the winter season”.

“Absent sharp and significant declines in wholesale prices, we expect a significant jump in the cap in October,” he said.

UK gas and electricity prices have been rising for months, due to surging global demand following the end of pandemic restrictions.

However, Investec said prices had risen even higher following Russia’s invasion of Ukraine and would remain elevated for months.

Russia is the world’s largest natural gas exporter, and there are concerns western sanctions could push President Vladimir Putin to “weaponise” his resources and constrict supplies to Europe.

That would drive up wholesale prices worldwide, including in the UK, which gets little of its gas from Russia directly.

If you would like to know more about Solar Panels and the PowerBanx range of home battery systems, and get a free instant quote, please complete our online form: