Boris Johnson has pledged that the UK will be powered by offshore wind generation by 2030 in a speech this morning.

As part of his address during the Conservative Party’s virtual conference, the Prime Minister announced the country’s offshore wind generation target is increasing to 40GW. This reaffirms a goal set out by the party in its manifesto in November 2019, and is 10GW higher than the current official target.

Importantly, this will include a pledge of £160 million to help upgrade ports and factories, enabling them to manufacture the turbines needed. In doing so it will create 2,000 jobs in construction, as well as supporting a further 60,000.

“We believe that in ten years time offshore wind will be powering every home in the country, with our target rising from 30 gigawatts to 40 gigawatts,” Johnson said.

“You heard me right. Your kettle, your washing machine, your cooker, your heating, your plug-in electric vehicle – the whole lot of them will get their juice cleanly and without guilt from the breezes that blow around these islands.”

The energy sector has welcomed the increased commitment to renewables, with Energy UK’s chief executive, Emma Pinchbeck, saying the industry will work with the government to “turn our world-leading low carbon power sector into a Green Recovery for the whole economy”.

“The package of support for offshore and floating wind announced by the Prime Minister today takes a UK decarbonisation success story and winds it up to a scale fit for the Green Recovery, creating jobs and billions of pounds of investment.

“We need to build back better for the environment, for the economy and for communities. We look forward to the Prime Minister’s ten-point plan for the low carbon industrial revolution, later this autumn.”

The increased commitment to offshore wind will form the first of ten parts of the government’s plan to “Build Back Better”, with the rest set to be announced later this year. 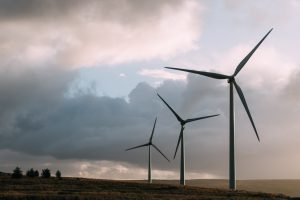 Nick Molho, executive director of the Aldersgate Group, highlighted that ahead of the rest of the ten point plan for a green industrial revolution “it is essential that Ofgem’s final determinations for RIIO-2 – which will set price controls for power companies over the next five years – allow businesses to make the necessary investments to strengthen the transmission and distribution systems, increase the grid’s storage capacity and equip the system operator with the tools it needs to reliably operate a modern power system increasingly based on renewable energy generation.”

Balancing the growth of wind generation
Indeed, several industry figures pointed to the need to improve the grid and develop the UK’s storage facilities ahead of the increase in offshore wind generation.

David Smith, chief executive of Energy Networks Association, said the networks were “primed” to help the country ‘Build Back Greener’.

“We’ve already helped the UK become a superpower of renewable energy, by enabling nearly 50GW of renewable electricity to connect to the grid. Nearly 80% of the increase in renewable capacity since last year has come from offshore wind. And we’re helping gas go green too by preparing our networks for the hydrogen revolution.

“With a supportive regulatory environment, we can and will Build Back Greener, supporting the UK’s economic recovery and setting us up to achieve net-zero carbon emissions by 2050.”

Along with network developments, energy storage solutions such as batteries could play a key role in enabling growing renewable generation. Jorge Pikunic, managing director of Centrica Business Solutions, said that whilst today’s announcement is a “positive step”, it will only help us move towards net zero if we can re-think the way “energy is generated, distributed and stored” to manage peaks and troughs.

“A very important part of this will be allowing energy consumers – homes and businesses – to generate and store renewable energy and become active contributors to the energy system. In effect, this means they’re able to treat the electricity they generate as an asset and sell any excess – all of which can be automated. We’re already seeing a lot of businesses choosing to install on-site technology like solar panels and battery storage to unlock these benefits.

“As we move towards a greener future, these types of distributed, flexible energy systems will be essential to increasing the use of renewables within our energy systems.”

Harvesting the gusts from the deepest waters
Johnson identified the Teesside and Humber regions, as well as Scotland and Wales as particular hubs for next generation offshore wind. This includes floating turbines that would be capable of sitting further out to sea, and generating huge amounts of clean energy.