The government is to offer grants of £5,000 for the installation of heat pumps from April 2022 as part of a new £450 million scheme to upgrade domestic heating infrastructure.

The Boiler Upgrade Scheme is one of the headline commitments outlined in the Heat and Buildings Strategy, published today (19 October 2021) which also detailed the government’s plan to work with industry to meet the aim of heat pumps costing the same to buy and run as fossil fuel boilers by 2030. Cost reductions of between 25 – 50% by 2025 are expected as the market expands and technology develops.

A call to evidence on reducing the price of electricity over the next decade by shifting levies away from electricity to gas is also to be published, with decisions made in 2022. 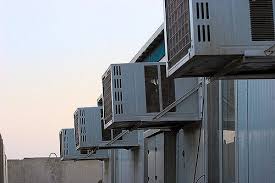 This follows reports that ministers were considering proposing the shift to help incentivise the uptake of heat pumps last month, as well as calls from utilities.

Energy secretary Kwasi Kwarteng said that recent volatile gas prices highlighted the need to “double down on our efforts to reduce Britain’s reliance on fossil fuels and move away from gas boilers over the coming decade to protect consumers in long term”.

The new funding is to support the government’s ambition for all new heating systems installed in UK homes from 2035 to be low carbon.

But Octopus Energy’s Centre for Net Zero (CNZ) has released modelling which claims to show that if funding remains capped at £450 million, it will only support up to 90,000 households in total. A minimum of 560,000 British households would switch to heat pumps over the duration of this timeframe if they had access to the grant, the modelling shows.