Everything You Think About the Geopolitics of Climate Change Is Wrong

Everything You Think About the Geopolitics of Climate Change Is Wrong

The transition to a zero-carbon world will shift power in very unexpected ways.

Signs that the energy transition is picking up speed abound. One of the world’s largest oil companies, BP, recently projected oil demand may be close to peaking. The governor of California just signed an executive order to ban the sale of new gasoline-fueled cars by 2035. China, responsible for more than one-quarter of the world’s carbon emissions, pledged to achieve carbon neutrality by 2060. And public polling shows a rising sense of urgency about the climate threat, galvanized by raging California wildfires and severe U.S. Gulf Coast hurricanes.

Transforming an industry that has defined the modern era will have profound consequences on the global order. China will rise and petrostates will fall—or so says conventional wisdom. In reality, the geopolitical fallout of a clean energy transition will be far more subtle, complex, and counterintuitive. Many of today’s predictions are likely to turn out wrong, or will take decades to unfold in unpredictable ways. If policymakers don’t get a clear-eyed understanding of how global power relations will change—not only in a future era of zero-carbon energy, but during the long and messy transition to get there—they won’t be able to manage the coming era of foreign-policy risks, and their efforts to combat climate change will be stymied. 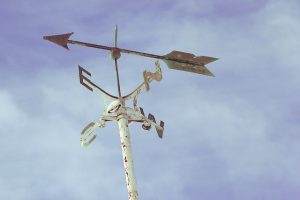 First, take China. The Economist predicts powerful “electrostates” to take the place of today’s petrostates, with China benefiting the most by dominating rapidly growing markets for clean energy products. Yet even if China dominates the production of solar panels, electric car batteries, and other technologies, it will not derive the same measure of geopolitical influence that Saudi Arabia and other Middle Eastern countries have by dominating oil supply. The geopolitical leverage of the two is very different: China might have power over a new market for clean energy equipment by producing it most cheaply, but if China curbed solar panel exports for geopolitical reasons, the lights would not go out. Restricting battery shipments may lead to higher prices and delays for new electric cars, but would have no impact on people’s ability to get around in their vehicles today. That stands in sharp contrast to a sudden cutoff of oil or natural gas that can stymie mobility, trigger price spikes, or lead to people freezing in their homes, such as when Russia stopped gas deliveries to some southeastern European countries in the depth of winter in 2006 and 2009.

China also dominates the market for some of the commodities—such as lithium and cobalt—that are critical inputs for many clean energy technologies such as batteries. This naturally raises national security risks, particularly in military and communications applications, where these commodities are also crucial. Yet, again, there is a critical difference between the leverage that comes from producing an important industrial input and supplying the energy without which daily activities screech to a halt. Any disruption unleashed by a Chinese halt of deliveries wouldn’t significantly impact energy prices for years, giving markets and companies time to adjust and find alternatives. Moreover, though many of the commodities now controlled by China are so-called rare-earth elements, they are actually not that rare, geologically speaking. Growing demand will spur production in new places.

Or take the Middle East, where the narrative of collapse and chaos in a post-oil world has taken over the pundits’ imaginations. States that became powerful with their vast production of fossil fuels will fail to diversify their economies in time, lose U.S. protection, and descend into conflict—or so the prediction goes. More likely, however, is that during the many decades needed to achieve the climate goals of the Paris Agreement, petrostates could enjoy a veritable feast before the famine.

That’s because as demand peaks and then gradually declines, it is the lowest-cost producers—such as Kuwait, Saudi Arabia, and the United Arab Emirates—that will be able to keep selling their oil the longest. What’s more, stronger climate policies should focus not just on the greenhouse gases emitted by burning a fuel, but the carbon intensity of the entire production cycle. Most Gulf Arab states are very efficient producers: With easy-to-extract barrels, less methane leakage, and lower flaring rates, they have some of the lowest life cycle emissions associated with their oil. Therefore, even as oil demand declines, OPEC’s share of global production could rise as a result of its members’ lower costs and emissions, strengthening the cartel’s grip on a market that will remain sizable for some time.

Conventional wisdom also holds that shrinking demand for oil and gas will mean lower prices, implying that even if petrostates gain market share, they would still see revenues collapse. Here, too, the reality is more complicated. Absent continued investment, production from existing fields declines at a rate of roughly 8 percent per year. According to the International Energy Agency (IEA), demand won’t fall that quickly even if the Paris climate goals are met, meaning that additional investment is needed. But capital may well dry up once oil demand peaks and the sector continues to fall into disfavor among investors. They may no longer be willing to provide billions of dollars over many years to develop new resources in a sector seen to be in terminal decline. As a result, supply may very well decline faster than demand, leading to a shortage of oil. The resulting higher prices would actually boost petrostate revenues for a time, which may explain why Saudi Aramco still plans to spend tens of billions of dollars to grow its oil production capacity.