The huge northern ice sheet is in the middle of its second major melt event this year, a warning sign for the planet.

ON THE GREENLAND ice sheet, high at the top of the planet, things are not well.

The heat wave that wreaked havoc on Europe in late July has now migrated northward, parking itself over Greenland. As air temperatures over the ice rise, the ice sheet is responding in the only way it knows how: by melting. 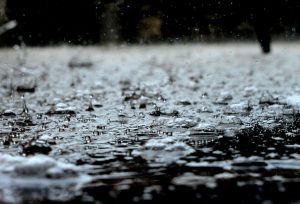 By Tuesday, over half of the surface of the Greenland ice sheet had softened to slush.

This is the second major hot stretch to hit the ice sheet this season, and the second to cause melting across major swaths of the ice sheet. The heat waves were particularly impactful because they arrived after mild, dry winter and spring seasons that primed the ice sheet for melt. The result of this brutal setup is a summer melt season so intense that it’s on track to tie or break the record for the most water loss ever recorded.