The State of Play

The State of Play

I spend a lot of my time reading on the Internet about our current situation with regard to the interrelated topics of climate change, environmental destruction, economics and new technology. In doing so I have come across a number of writers and website resources that I have found interesting and returned to again and again. I plan to feature a number of these on this blog as I think they are all worth visiting.

To kick things off I’m just going to highlight 3 blog posts as a starting point. They have a common theme, which is that they were written at the turn of the year, looking back over the last year and decade and forward to what we might see coming in 2020. Since I only started this blog in January and we’re already in March they are by now a couple of months behind – so you may already be able to judge whether they were on the right lines.

While I don’t agree with everything written by these authors, I do think their views are worth the time spent reading them as they very often contain valuable insights, and good starting points for further research. 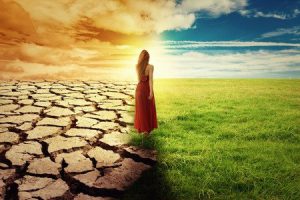 Good Riddance To The ‘Twenty-Teens’ by Chris Martenson

… There’s a great emergency happening right now, but society is not acknowledging it.

The social mood is darkening Fourth Turning-style and people are protesting and risking life, career, and limb to express their anxiety and frustration with the policies of Team Elite™. But don’t expect to hear about that on the nightly news or in the mainstream press.

The economy is doing so “great” that central banks are applying record-breaking amounts of funny-money stimulus to counter…something. Or, more accurately, to avoid something.

I hold the view that people are organisms and that we’re wired to know when our nest is getting fouled. Our instincts, honed over millions of years of evolution, are to migrate to a new, less polluted or played-out home.

That only makes sense. But the problem is that now there’s nowhere new to go. No next valleys. No unpolluted corner to wander off to and inhabit for a while.

So those of us who are ‘of an age’ and remember when a porch light left on for an August night would attract a Zootopia of strange and wonderful insects to our screen doors. How many of you are now deeply anxious, as I am, at the creepily barren screens we now wake up to?

It’s as if the Rapture happened only – surprise! – God took the insects. Because they didn’t have any clothes to leave behind, nobody noticed.

But we’ll soon notice the ramifications of knocking out them and other key pillars of the food chain on which we depend.

As I look forward, I sincerely hope we can do a lot better in the 2020’s. The bar is current set depressingly low.

But we probably won’t. That’s the reality.

More of the same likely, though also some very sharp differences because the effects of a lot of our current bad decisions will come home to roost very soon.

My simplified view of the 2020’s is this: you better be working on your garden’s soil, developing a tight and close trust network, and be emotionally prepared to adapt quickly to new situations and circumstances.

It is the fact that we do not have a way of making the affordability of finished goods rise that leads me to believe that oil prices will remain low. Raising minimum wages tends to encourage more mechanization of processes and thus tends to lower total employment. Interest rates cannot be brought much lower, nor can the terms of loans be extended much longer. If such changes were available, they would enhance affordability and thus help prevent low commodity prices and recession.

… The economy is really just a function of energy inputs, and these must be inputs that make economic sense — that don’t cost more than whatever they return. All our banking and finance arrangements depend on that. If energy inputs decline, or the cost in energy exceeds the value of net energy you get, then debts of every kind can no longer be repaid and the whole system implodes. From there the question is whether collapse is slow or fast. My guess is that it may start slowly and then accelerate rapidly to critical — and the process has already begun.

As a result of this energy dynamic, we’re seeing a generalized contraction in economic activity and growth worldwide, expressed in standards of living that will fall going forward. The effects in America are already obvious and discouraging: the struggling middle-class, people living paycheck-to-paycheck, people unable to buy cars or pay to fix them. The hope was that America might reindustrialize (some version of MAGA) while the “emerging” economies kept producing stuff as the “engines” of the global economy: China, India, Korea, Brazil, Mexico and others. These places saw standards of living rise dramatically the past thirty years. Reversing that trend will be a trauma. These emerging economies are topping off and heading down because of the same basic energy dynamics which affect the whole world: running out of affordable energy, oil especially. The likely result will be political instability within China, and the rest — already manifest — and some of that disorder may be projected outward at economic rivals.

Europe has experienced plenty of blowback from its contracting standard-of-living as expressed in the Yellow Vest disruptions in France, the Brexit nervous breakdown, the gathering power of nationalist political movements in many nations, and the ongoing refugee crisis (largely economic refugees from failing third world places). The European banks, led by the sickest of them all, Deutsche Bank, suffer from a crushing burden of bad derivative obligations that are liable to sink them in 2020, and then there will be a scramble for survival in Euroland, with the recent refugees caught in the middle. I think we will see the first attempts to expel them as financial chaos spreads, violence erupts, and nationalism rises.

The “solution” to the quandary of contraction since 2008 has been for central banks to “create” mountains of fresh “money” to provide the illusion that debts can be repaid (and fresh loans generated) when reality clearly refutes that. All that money “printing” has only deformed banking relations and the behavior of markets — the most obvious symptoms being asset inflation (stocks, bonds, real estate), the quashing of price discovery (the chief function of markets), and zero interest rates (which makes the operations of banking insane).