The Future is a Landscape

The Future is a Landscape

I’ve been reflecting of late about the way that our habitual expectations about change blind us to the way that change actually happens. One of the most important of these is the frankly weird but pervasive notion that the future is a single place, where only one kind of thing happens. It’s always “The Future,” very much in the singular. To most people these days, of course, “The Future” is either progress as usual or it’s instant apocalypse, and I’ve discussed that before, but let’s look at the broader pattern for a moment.

In both of these cases and far too many others as well, the future is all the same, and it’s all the same forever. It’s never one kind of future here and a different kind there, or a glossy Tomorrowland here and something more realistic there, or apocalypse here and everywhere else people just pick themselves up and get on with their lives. Nor is the society of the future generally allowed to peak and decline, as societies do in the real world, nor will the big loud catastrophe fade into memory and leave the survivors to go on to do other things, as disasters do in the real world. Missing here is the crucial realization that history doesn’t stop with us, and change will continue to unfold into the far future the way it has all through the past.

Another conversation along these lines is more than usually timely, because that durable 1972 study The Limits to Growth is back in the news again. There’s good reason for that, of course. The Limits to Growth showed that economic growth on a planetary scale is subject to the law of diminishing returns; pursue growth far enough, and the costs of growth rise faster than the benefits and eventually force growth itself to its knees. Of course it was denounced, derided, and dismissed. Its models of the future have nonetheless proven far more accurate than the conventional wisdom of its time and ours.

You might think that people who looked at the future predictions of The Limits to Growth would notice that the curves generated by the World3 computer model on which the study is based are relatively smooth. Population, industrial product, and other measures rise and fall in great arcs over a timespan of many decades. Yet the weird mental habit mentioned above inevitably swung into action the moment that somebody noticed that the model wasn’t predicting business as usual forever. The corporate media accordingly started screeching at the top of their electronic lungs that we’re all going to die by 2040, full stop, end of sentence.

I’ve noted before that these antics are an absolute necessity to believers in the conventional wisdom just now. More than anything else, those believers need predictions that fail even more obviously than the prophecies of limitless progress hardwired into the acceptable ideologies of our time. Screeching about the imminent end of the world fills the bill very nicely. Sure, Tomorrowland never shows up, and the claims that it’s about to arrive any day now are looking very shopworn. If the only alternative on offer is the end of the world, and that never happens either, it’s a little easier to keep on arguing that the Great Pumpkin-equivalent of the conventional wisdom’s technofetishistic wet dreams really will show up one of these days and hand out flying cars to everyone. 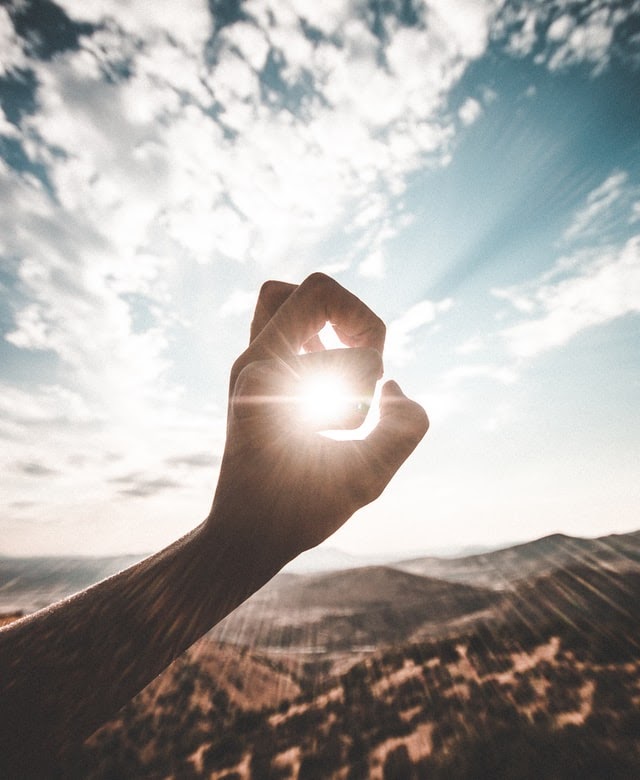 Meanwhile, of course, a very different future is taking shape around us. If we ignore for a moment the Tweedledoom and Tweedledee of the conventional wisdom, it’s possible to get a clear glimpse of the future crouching in the shadow of the present.

The severe drought that has most of western North America in its grip right now is a good place to start. Those of my readers who have been keeping track know already that droughts have been getting increasingly common and increasingly drastic in that half of the continent over the last two decades or so. Of course there have been intervals of more normal conditions in between the heat waves and the droughts, and a great deal of statistical noise, and these have been used repeatedly in attempts to insist that everything’s just fine.

A little while ago, for example, I read an online essay by a meteorologist insisting that the record heat wave that baked the Pacific Northwest last month couldn’t have been caused by shifts in the global climate. The evidence he offered for this claim? Summer high temperatures in the region haven’t been rising in a linear fashion. It’s embarrassing to see this kind of basic ignorance of systems behavior in a credentialed specialist, but it’s not surprising. Once the heyday of systems theory in the middle of the last century waned, most of what was known about the behavior of complex systems seems to have been dropped into our society’s memory hole.

The way complex systems respond to increasing pressure from changing conditions is part of that forgotten knowledge. The change doesn’t unfold in a nice, smooth, simplemindedly linear way. Every complex system tends to settle into an equilibrium condition, held in place by a complex interplay of competing pressures and forces, and the behavior that comes out of this usually takes the form of random wobbles among a set of standard states. That’s why we can talk about the normal climate of a region—under ordinary conditions, the weather mostly cycles through a set of familiar patterns, and any variation from that pattern gets corrected in short order by robust forces pushing things back toward equilibrium.

A system can pop out of one equilibrium condition and into another, but that process takes time and unfolds in a predictable way. First, you get increasing variation without a definite direction of change. The boundaries of “normal” get stretched, and they usually stretch in many directions as the system wobbles back and forth with increasing violence. If the pressure continues, things get more and more chaotic, and then you begin to see the first signs of a new equilibrium: the system flops from its old normal to a new normal, settles there briefly, then flops back again. Rinse and repeat; as the pressure increases, the old normal becomes less and less common, and the new normal stops being the exception and becomes the rule. Periods of the old normal become less and less common and finally stop, and the chaotic behavior fades out as the new equilibrium establishes itself.

That’s what’s happening to the climate in western North American right now. The droughts are the new normal toward which the climate system is moving, and the familiar climates of the recent past are the old normal that’s going away. We even know the shape of the new normal. Paleoclimatologists—people who study the climate of past ages—know perfectly well what happens when global climate is warmer than it has been in the recent past: the West dries out. In the Hypsithermal, the period of higher-than-present global temperatures that followed the end of the last ice age, the West from the coastal mountains to the Mississippi was far drier than it is today—Nebraska was a desert with sand dunes, for example, and quite a bit ofthe land west of the Rockies was uninhabitable wasteland of the sort you find these days in the Sahara Desert.

During that same period most of the region between the Mississippi and the Appalachians was prairie, rather than the broadleaf forest it became after global temperatures cooled. Interestingly, the same rule works in reverse in cold epochs—during the last ice age, for example, Death Valley was a sparkling blue lake surrounded by pine forests—but, er, we’re not moving into a cold epoch. The equilibrium toward which we’re moving is one in which global temperatures are significantly warmer than they have been in the recent past, and the drying out of the West is a sign of the world to come, the climate that will shape the North American future.

The western forest fires that filled so many eastern states with smoky haze several times in recent weeks were a product of that shift. Millions of square miles now covered by conifer forests are turning into desert or semidesert as the climate becomes more arid, and so the forests are going away, with lightning-sparked fires among drought-stressed woodlands as one of Gaia’s preferred methods for making the change from one of her ecosystems to another. When the change is complete—a process that will take many decades and a lot of chaotic wobbles to play out—most of western North America will be desert again, as it was during the Hypsithermal.

It’s worth taking a moment to think about the consequences. In the recent past there was enough rainfall in the great basins west of the Rockies to feed a series of major river systems—the Colorado and Columbia watersheds chief among them—which made agriculture possible across much of the dryland West and also provided drinking water and hydroelectric power in great abundance. As conditions change, most of that water and power are going away. Millions of acres of farmland will have to be abandoned. So will cities that have no other source of drinking water—and there are quite a few of those. Once Lake Mead and Lake Powell become salt flats with a muddy trickle running down the middle, for example, Las Vegas will have rolled snake eyes once too often, and its sun-baked ruins will have to be left to the sand and the keening wind.