Installing solar panels could add around £1,800 to house prices, according to a new survey from Solar Energy UK.

This is nearly half of the up-front cost of installation, making solar an increasingly appealing financial option.

In addition to this boon to the sale price, solar could generate an annual running cost saving of nearly £330 over the lifespan of the system, this is nearly a third off the cost of an average energy bill for a typical house. With the rollout of electrified heat and transport, these economic benefits are only likely to grow.

Solar panels are now the third biggest home improvement priority according to a survey commissioned alongside The Value of Solar Property report by the trade association. It follows kitchen/bathroom improvements ranked top by 50% and windows ranked 36% with homeowners, at 33%. 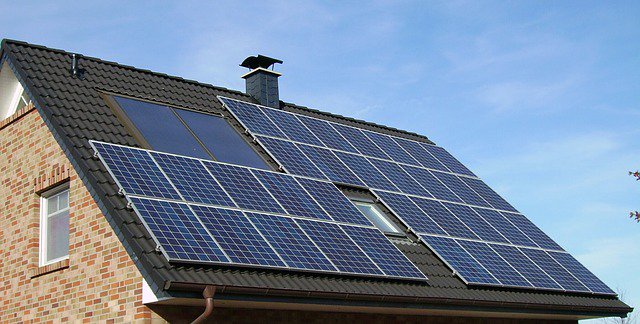 For young homeowners it is an even larger priority, with 52% ranking solar panel installation as their top priority. The keen interest is perhaps unsurprising notes Solar Energy UK, given that 72% of homeowners feel the environmental impact of their home is important.

Of those surveyed, 46% stated that if a new consumer finance product like a green mortgage that allowed them to install solar panels without the upfront cost was launched, they will likely install it.

Within high socio-economic group this figure rises still, with 71% stating they were likely to install the technology.

As such, the association is calling on lenders to support homeowners, by developing and bringing to market consumer finance and green mortgage products that reward investment in properties that have solar.