Solar and clear skies: Not a penny more, not a penny less

Solar and clear skies: Not a penny more, not a penny less

The nights are drawing in. It’s been a long spring, and exceptionally clear skies have provided a golden opportunity for a little research this year.

Back in March I wondered if the lack of pollution was delivering extra energy to clients’ solar panels. Sadly, careful analysis comparing cloudless days with those of a year ago (after allowing for temperature) shows the effect is very small, except to the extent that it is particulates that provide the basis for more clouds to form. But I’ll leave that for the climatologists…. 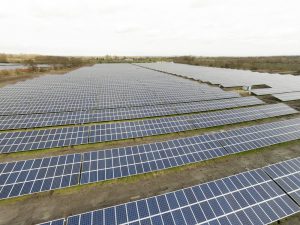 Britain’s unusual absence of clouds has also enabled some interesting comparisons in panel and inverter efficiencies. In recent years, I have compared different panel types installed alongside each other, initially with the objective of comparing the yields in real world temperatures and low light levels (data that manufacturers don’t always provide.)

However the results have been so close that the greater benefit has been to show that the panels tested do what they say on the tin (or rather the test certificate), and do so even after a number of years, which provides confidence in solar to customers, installers and funders alike.

The economics of truth is the money on the table. The difference between two Risen and Renesolar 20kW systems after 4 years is less than 0.1% (and yes I know the meters aren’t that accurate!). Two Sunpower and JA systems were less than 0.2% different after 1 year. In this case the lower temperature coefficient in the Sunpower panels becomes measurable, increasing the output (compared to JA) when above 25°C but reducing it when below 25°C.

While most generation may be in the summer months, in the future the most valuable electricity is likely to be in winter, so the benefits of a low temperature coefficient are not clear cut.