Nissan has been given the green light to install a huge solar farm at its Sunderland plant as part of a drive to become carbon neutral.

Planning permission was granted for the new 20MW installation this week, which will double the amount of renewable electricity generated at Nissan’s factory to 20% of the plant’s needs.

This is enough to build every 100% electric Nissan LEAF sold in Europe. 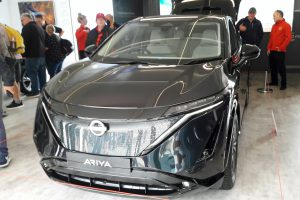 With planning permission granted, work will begin on the development immediately and installation alongside the plant’s existing wind and solar farms is expected to be completed by May 2022.

The plans were approved by Sunderland City Council’s Planning and Highways (West) Committee on Tuesday, November 30.

“We have been using renewable sources on-site for more than 15 years,” he said.