Opinions | Here’s how Biden could get the U.S. to lead on climate change again

Opinions | Here’s how Biden could get the U.S. to lead on climate change again

President-elect Joe Biden has pledged to begin the process of rejoining the Paris agreement with the stroke of a pen. As important as this will be, a more significant demonstration of Biden’s determination to rejoin the international fight against climate change will come in the form of the target the United States then puts on the table as its contribution toward meeting the goals of the agreement.

In 2015, the Obama administration committed to reduce U.S. emissions by 26 to 28 percent below 2005 levels by 2025. The beating heart of the Paris agreement is its requirement that countries ratchet up their ambition every five years. And even though the rollbacks of the Trump administration mean the United States will now miss this target, Biden has committed to quickly put the country on an even steeper trajectory of cuts by 2030, en route to achieving net zero emissions by 2050.

The new 2030 target will be an early signal of where the rubber hits the road internationally for the Biden administration. And, along with the administration’s willingness to use trade policy as a lever for climate action, it will be a key arrow in the United States’ diplomatic quiver for rallying other major emitters to increase their own targets.

Analysis by the Asia Society Policy Institute and Climate Analytics shows that this target is likely to be somewhere between a 38 to 54 percent cut in emissions below 2005 levels by 2030. This is based on an assessment of the Biden campaign’s clean energy and climate package, including his commitment to decarbonize the U.S. energy system by 2035 — the biggest element of the package by far. While this will not be enough to immediately align the United States with the Paris agreement’s goal of limiting global temperature increases to 1.5 degrees Celsius, it would represent a huge first restorative step within a relatively short period. 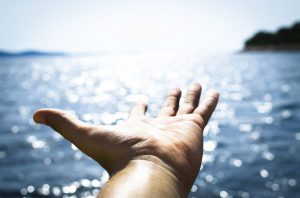 Importantly, given uncertainties about the makeup of the Senate, the report also finds that around half of Biden’s plans could be achieved without the need for congressional support. However, the possibility of protracted legal challenges seems likely, not least given the conservative balance of courts across the United States.

In developing the new target, the Biden administration will want to take its time to gauge the current state of U.S. efforts across the board, assess the level of congressional support for different measures and seek input from business, industry and civil society. However, it will be essential for the United States to put an ambitious new target on the table well before the U.N. Climate Change Conference in Glasgow, Scotland, in November next year, and ideally around the time of the Group of Seven and Group of 20 summits, which will be key steppingstone moments.

One of the best options could be for the United States to use next September’s U.N. General Assembly as an opportunity to announce its new target and convene the leaders of major emitters at the same time — fulfilling a commitment Biden made during the campaign trail.

Either way, one country will be watching Biden’s decisions more closely than any other: China.

While President Xi Jinping’s announcement in September that China will reach carbon neutrality was a game changer, whether that is seen to cover all greenhouse gases is just as significant. China has also announced that it will update its own 2030 target for curbing emissions before the U.N. climate conference — but when, and with what level of ambition, are important issues.