Of Raised Beds and Planters – Part 2

Of Raised Beds and Planters – Part 2

A few weeks after constructing the raised bed and planter, in April, I prepared them for planting.

For the planter it was a case of lining it, to help protect the wood a little from moisture, and then adding a layer of old cardboard to provide some water retention. 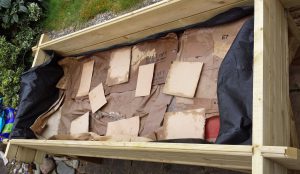 Then it was filled with a mix of compost, soil and bone-meal. 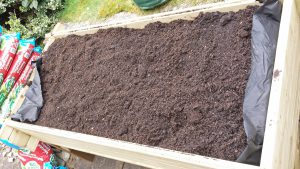 For the raised bed it was simply a case of preparing the location, positioning it level, and filling it with a similar mix of compost and soil. 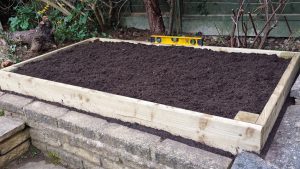 I was keen to try out the square foot gardening technique so I divided the beds into squares with twine and then planted them with seed. 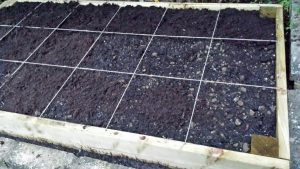 By early May the first signs of life were just visible, with a few tiny shoots just starting to appear. 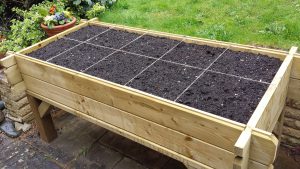 By the middle of May there was enough growth that we needed to add some protection from birds and slugs. We put a cold-frame over the planter 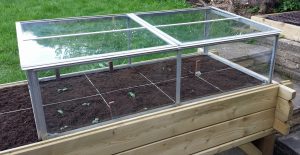 and some plastic garden mesh over the raised bed. 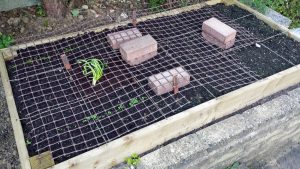 If you look closely you can see the start of what turned out to be a good harvest: courgette, peppers, cucumber and sweetcorn in the planter, and onions, lettuce and carrot in the raised bed.

To finish things off, we set up a ‘mini greenhouse’ and installed some tomato and cucumber plants. 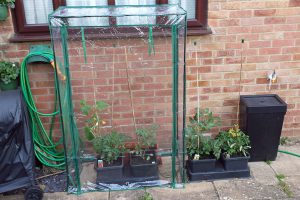 Our mini greenhouse with tomatoes and cucumbers (Image: T. Larkum)

More details on our harvests to come in Part 3.