When you have been writing about the oil industry for decades, it is easy to slip into hyperbolic language when significant events happen. But yesterday was one of these moments.

For years, climate activists have been warning Big Oil and their loyal investors that there would come a time when their most prized assets, their oil, would become their greatest liability, due to climate change. They came up with a term for the concept: stranded assets. 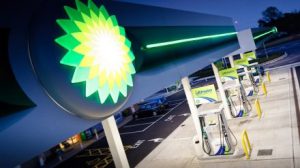 Seven years ago on this blog, I wrote:

“The vast reserves of oil and gas held by major international companies such as BP and Shell are not assets — they are, in fact, liabilities. Their reserves are in effect un-burnable carbon.”

In April that year, Carbon Tracker issued a report that argued that at least two-thirds of fossil fuel reserves would have to remain underground if the world was to meet existing internationally agreed targets to avoid the threshold for “dangerous” climate change impacts.

At first, activists were dismissed out of hand. Oil majors and pundits said the world would always need more oil. And so companies carried on drilling. But slowly, the concept gained traction amongst influential climate scientists, investors, and bankers such as Mark Carney, the ex-Governor of the Bank of England.

In 2015, Carney warned about the risks of climate change — or as he called it — the “tragedy of the horizon.” Carney cautioned that “the vast majority of reserves” of oil, gas, and coal could become “stranded” and literally become “un-burnable.”

In October that year, BP conceded that not all oil reserves would be burnt. “The growing recognition that concerns about carbon emissions and climate change mean that it is increasingly unlikely that the world’s reserves of oil will ever be exhausted,” said Spencer Dale, the Group’s chief executive at a conference in London.

I wrote at the time:

“The speech is being seen as the clearest acknowledgement yet by a major oil company that fossil fuels will have to stay in the ground. Its significance should not be underestimated.”

Later that year, the 2015 UN Climate Change conference was held in Paris where it was formally agreed that to have any chance of a livable future, we had to keep emissions “well below” 2 degrees Celsius. Ideally, we would “pursue efforts to” limit the temperature increase to 1.5 degrees.

It was the clearest signal yet that the writing was on the wall for the oil industry, which ignored the climate costs of its operations at its peril.