The government must plug its policy shortfall or risk failing to hit binding net zero targets, the Science and Technology select committee has warned.

Identifying ten areas where government policy is lacking, the committee issued a series of recommendations in a new report looking at how to achieve net zero by 2050.

Among the committee’s recommendations was the need for strong policy support for new onshore wind and large-scale solar, as well as for a clear planning permission framework for re-powering existing onshore wind farms to be in place by the end of 2020. 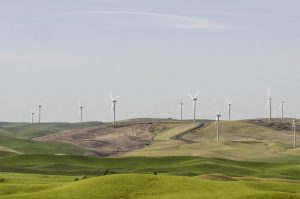 The government should conduct a review into the small-scale renewables Smart Export Guarantee by the end of next year and be ready to include a minimum floor price if there is a lack of market competitivity, for example if the uptake of tariffs isn’t significantly higher than the current number, or if the tariffs are significant lower than wholesale electricity prices.

“We heard of cut backs in various programmes and slow progress, which are incompatible with the UK’s two upcoming, legally binding, carbon budgets—this is unacceptable,” Norman Lamb, chief executive of the Science and Technology Committee said.

The committee also criticised changes to business rates in 2017 that has resulted in the business rates on solar panels increase between three- and eight-fold.