General Electric will demolish a California natural gas-fired plant with 20 years remaining in its useful life, deeming the plant “uneconomical” as inexpensive solar and wind grab a larger share of power in the state.

The Inland Empire Energy Center (IEEC), a 750 megawatt plant, is slated for closure by the end of the year. GE told Reuters, “We have made the decision to shut down operation of the Inland Empire Power Plant, which has been operating below capacity for several years, effective at the end of 2019.”

The complete Inland Empire Energy Center Decommissioning and Demolition Plan has been published on the commission’s website. It notes that IEEC is selling the project site to Nova Power “for the purpose of developing a battery energy storage system (BESS).” 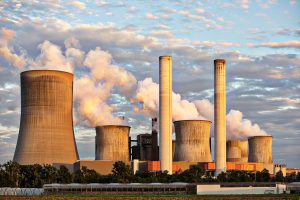 The plant relies on GE’s H-Class turbines, which is now considered a legacy technology. Experts told Reuters the turbine has a number of technical issues. GE noted the plant is now “uneconomical to support further.”

GE’s plant was first approved in 2003 and only came online about a decade ago, according to the California Energy Commission. Now the plant is set to close, only having gone through one-third of its designed useful life.

California is aiming to get 100% of its electricity from carbon-free sources by 2045, with 50% of its electricity generation to come from renewables by 2025. A report earlier this month noted the state is now putting so much solar power into the electrical grid that there’s a surplus at times. Starting next year, all new homes in California must come with solar panels.