For The U.S. To Become Carbon Neutral, Long-Term Energy Storage Is A Must

For The U.S. To Become Carbon Neutral, Long-Term Energy Storage Is A Must

The Biden administration is pushing its Energy Earthshots Initiative that aims to accelerate innovation and bring life-changing products to market. That involves “long-term energy storage,” which could radically alter the way electricity is produced and consumed by permanently tipping the scales toward green energy.

If voracious energy users such as data centers are to hit their net-zero targets, they must run their enterprises on renewable energy. But the sun does not always shine and the wind does not always blow. So long-term energy storage is vital. Their dilemma: most storage assets can kick in for a few hours but they can’t discharge for weeks at a time. What now?

“Without inexpensive long-duration energy storage, we would never be able to have genuine zero-carbon power. You must have enough storage to last for extensive periods,” says Shankar Ramamurthy, chief executive of the Energy Internet Corporation (EIC,) which just said it is working with Intel Corp. INTC 0.0% to enable long-duration energy storage and especially for data centers.

“It is most important to have 24-7 operations that are fully powered with renewable energy that use long-duration storage,” he continues, in a phone interview. “We have a good sense of the costs of our systems and the engineering. The design expertise is highly specialized.” Data centers, he adds, are the focus because they are major economic contributors and huge consumers of electricity. 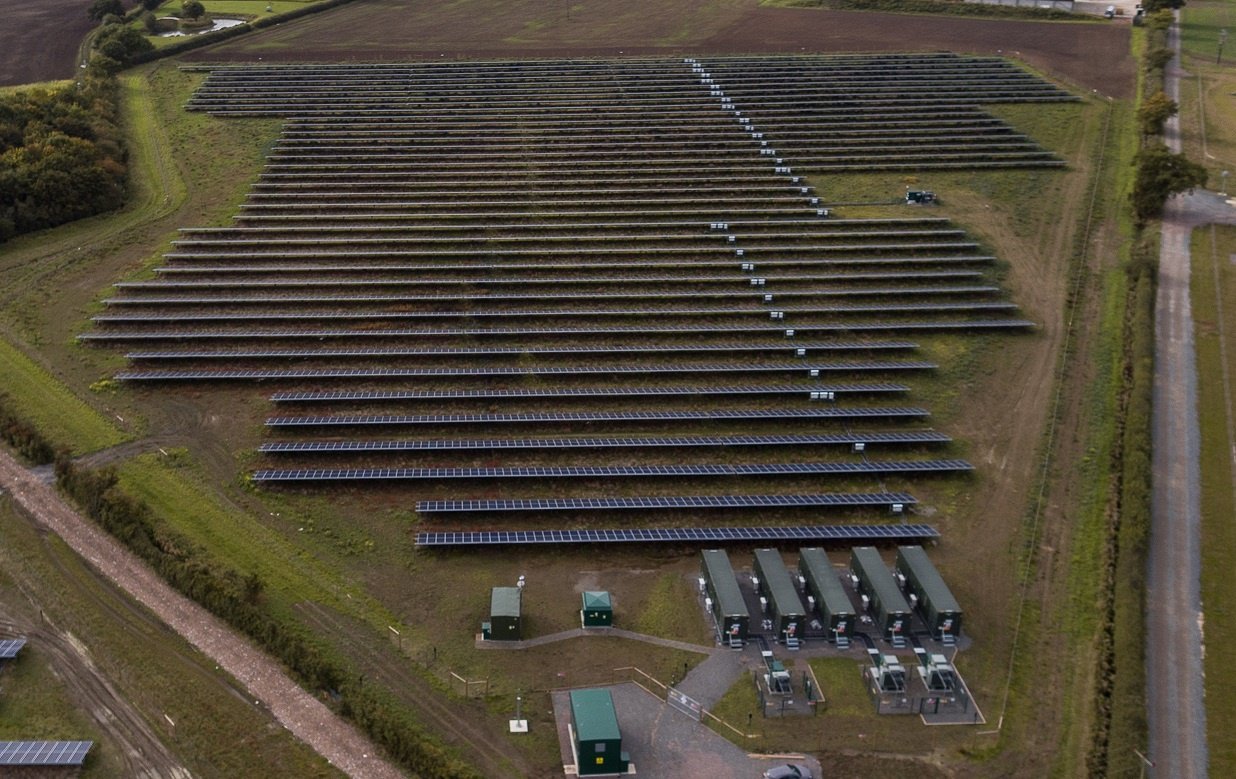 The goal is to provide “long-term viable storage that won’t cost more” than the short-term lithium-ION batteries that are prominent today. Those batteries can be charged and discharged multiple times but eventually, they wear down. According to Ramamurthy, it will take six months to design a technically feasible model and another six months to demonstrate it.

Specifically, EIC’s solution uses isothermal Compressed Air Energy Storage, which stores surplus renewable power as compressed air. Higher power scales — more than 40 megawatts — are then stored in depleted oil and gas reservoirs as well as salt caverns and aquifers while amounts less than 40 megawatts can be harnessed above ground. Compressed or liquid air is used to generate power when needed. Reliability, it adds, is 99.99%.

The Holy Grail
EIC says that this technology is superior to the most prevalent form of long-term storage: pumped hydro, which generates power by running turbines with water flowing through them. “By using compressed air to provide the pressure head, we avoid large bodies of water at different elevations. By using off-the-shelf components, like water pumps and turbines, and well-understood thermodynamics, we avoid new hardware components or processes,” says Ramamurthy. While new hydro dams cost billions to construct, compressed air energy storage is more practical.

But can it work? In April, a company out of Toronto, Canada called Hydrostor also said it would develop 1,000 megawatts of long-term energy storage in California — part of the state’s effort to develop 1,600 megawatts of such storage by 2026. It too will use compressed air energy storage, which can perform for 12 hours at a time.