April 1st 2019 saw the closure of the feed-in tariff scheme for the support of new solar installations. We look back at the successes and failures of the scheme, and cast our eyes towards a subsidy-free solar future.

THE STORY OF FEED-IN TARIFFS

Launched in April 2010, feed-in tariffs have been responsible for massive uptake of solar in the UK. Since the launch of the scheme, more than 837,000 schemes have been registered, of which 750,000 have been on households. That’s a huge 6.1 GW of generation capacity that has been added; enough to power 2.3m homes.

We’ve certainly come a long way – back in 2008 there were just 50 installation companies like Joju Solar, installing a total of 430 installations per year in the UK. It’s an astonishing increase. 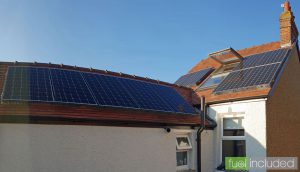 Feed-in tariffs were needed because back in 2010, solar PV wasn’t a cost-effective installation over its lifetime. A 4kW PV system would have cost £14,000 back then, but savings from the array would have left the customer £3000 short of getting their money back over 25 years. Not a great investment!

To overcome the unfavourable economics, feed-in tariffs were introduced, and customers were paid a premium for the green electricity they generated. This increased income, and was designed to bring payback periods down to approximately 8-10 years. This incentive proved attractive, and so the solar market began to flourish.

It was attractive for many reasons, but the main reason was that it removed most of the risk from purchasing solar PV as a financial investment.

It’s no surprise, therefore, that homeowners and institutional investors such as pension funds absolutely loved it.

However, feed-in tariffs were soon overtaken by international market developments. The presence of solar incentives worldwide, saw booming demand and rapidly reducing prices. Mass production of modules, a dedicated solar silicon supply chain, and the rise of Chinese manufacturing have dropped panel prices from £3.00/W in 2010 to less than 30p/W today. Overall installation costs (including all components and labour) have dropped the price of a 4kW installation down to approximately £5,000.

Today, without any subsidy at all, a £5,000 PV array can generate a lifetime profit of £5,000. Governments worldwide (not just the UK) are looking at this and saying “Solar PV is profitable! Why should we be subsidising this anymore?”. It’s pretty hard to argue against this, from a taxpayer perspective.