In light of news that it will take the UK 700 years to move to low carbon heating at its current speed, the Environmental Audit Committee (EAC) has announced an inquiry into heat pumps.

Heating from domestic, industrial and commercial settings currently accounts for a third of the UK’s greenhouse gas emissions, the government committee, made up of MPs, noted. In order to reach net zero, the nation must transition away from conventional gas boilers to solutions like heat pumps.

However, there are a number of limiting factors, including the higher price of heat pumps which have thus far held back uptake. 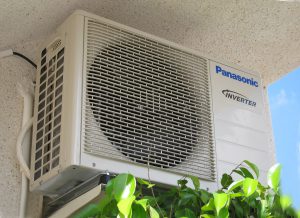 According to the Committee on Climate Change, 19 million heat pumps will need to be installed by 2050 to reach net zero, and hybrid heat pumps will need to be widely used by 2035. But the UK Energy Research Centre recently highlighted that there were record sales of gas boilers in 2019, and suggested on its current trajectory it will take the UK 700 years to transition to low-carbon heating.

Additionally, the electrical grid will need to be significantly expanded to facilitate the extra capacity heat pumps – which transport heat from one location such as the air, to another using external energy most commonly from the electricity grid – will require.

EAC chairman, Philip Dunne, said that if the UK wants to reach net zero it needs to accelerate the rolling out of the “technologies that can get us there”.

“Heat pumps are playing an increasingly significant role in decarbonising heat in other countries. I look forward to the Committee examining why this has yet to take off across the UK, hearing from the sector on whether rolling out heat pumps is feasible at scale and what barriers exist to wider adoption. We hope our findings can help inform the government’s Heat and Buildings Strategy as it pioneers the course of the new Green Industrial Revolution.”

There has been an increasing focus on decarbonising heat in the UK, as it is seen as a sector that is lagging behind in the push to decarbonise. A number of different pathways have been identified to drive the adoption of heat pumps, including tariffs like that launched by Good Energy along with governmental support.

The technology is included in the government’s £2 billion Green Homes Grant scheme, which is set to be massively oversubscribed as homeowners look to improve energy efficiency and decarbonise their central heating.