Dare we hope? Here’s my cautious case for climate optimism

Dare we hope? Here’s my cautious case for climate optimism

That we are living in science fiction was brought home to me last week when I put down Kim Stanley Robinson’s superb climate-futures novel The Ministry for the Future and picked up Bill McKibben’s New Yorker letter on climate, warning of the melting of the Thwaites Glacier, “already known as the ‘doomsday glacier’ because its collapse could raise global sea levels by as much as three feet”. Where we are now would have seemed like science fiction itself 20 years ago; where we need to be will take us deeper into that territory.

Three things matter for climate chaos and our response to it – the science reporting on current and potential conditions, the technology offering solutions, and the organizing which is shifting perspectives and policy. Each is advancing rapidly. The science mostly gives us terrifying news of more melting, more storms, more droughts, more fires, more famines. But the technological solutions and the success of the organizing to address this largest of all crises have likewise grown by leaps and bounds. For example, ideas put forth in the Green New Deal in 2019, seen as radical at the time, are now the kind of stuff President Biden routinely proposes in his infrastructure and jobs plans.

It’s not easy to see all the changes – you have to be a wonk to follow the details on new battery storage solutions or the growth of solar power in cheapness, proliferation, efficiency and possibility, or new understanding about agriculture and soil management to enhance carbon sequestration. You have to be a policy nerd to keep track of the countless new initiatives around the world. They include, recently, the UK committing to end overseas fossil fuel finance in December, the EU in January deciding to “discourage all further investments into fossil-fuel-based energy infrastructure projects in third countries”, and the US making a less comprehensive but meaningful effort this spring to curtail funding for overseas extraction. In April, oil-rich California made a commitment to end fossil fuel extraction altogether – if by a too-generous deadline. A lot of these policies have been deemed both good and not good enough. They do not get us to where we need to be, but they lay the foundation for further shifts, and like the Green New Deal many of them seemed unlikely a few years ago.

We have crossed barriers that seemed insurmountable at the end of the last millennium
The US itself has, of course, made a huge U-turn with a presidency that has begun by undoing much of what the previous administration did, reregulating what was deregulated, restarting support for research, and rejoining the Paris climate accords. The Biden administration is regularly doing things that would have been all but inconceivable in previous administrations, and while it deserves credit, more credit should go to the organizers who have redefined what is necessary, reasonable and possible. Both technologically and politically far more is possible. There are so many moving parts. The dire straits of the fossil fuel industry is one of them – as the climate journalist Antonia Juhasz put it recently: “The end of oil is near.” 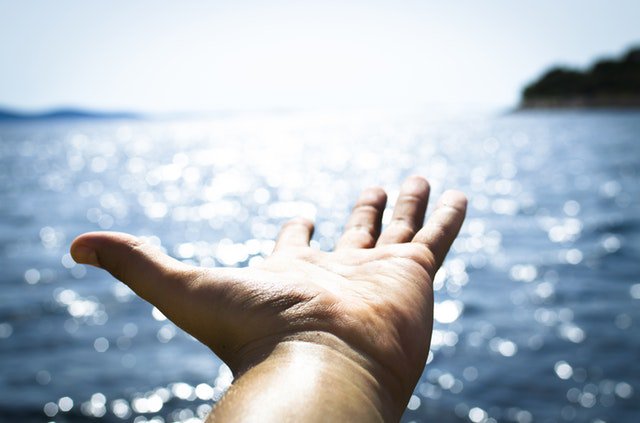 The organization Carbon Tracker, whose reports are usually somber reading, just put out a report so stunning the word encouraging is hardly adequate. In sum, current technology could produce a hundred times as much electricity from solar and wind as current global demand; prices on solar continue to drop rapidly and dramatically; and the land required to produce all this energy would take less than is currently given over to fossil fuels. It is a vision of a completely different planet, because if you change how we produce energy you change our geopolitics – for the better – and clean our air and renew our future. The report concludes: “The technical and economic barriers have been crossed and the only impediment to change is political.” Those barriers seemed insurmountable at the end of the last millennium.

One of the things that’s long been curious about this crisis is that the amateurs and newcomers tend to be more alarmist and defeatist than the insiders and experts. What the climate journalist Emily Atkin calls “first-time climate dudes” put forth long, breathless magazine articles, bestselling books and films announcing that it’s too late and we’re doomed, which is another way to say we don’t have to do a damned thing, which is a way to undermine the people who are doing those things and those who might be moved to do them.

The climate scientist Michael Mann takes these people on – he calls them inactivists and doomists – in his recent book The New Climate Wars, which describes the defeatism that has succeeded outright climate denial as the great obstacle to addressing the crisis. He echoes what Carbon Tracker asserted, writing: “The solution is already here. We just need to deploy it rapidly and at a massive scale. It all comes down to political will and economic incentives.” The climate scientist Diana Liverman shares Mann’s frustration. She was part of the international team of scientists who authored the 2018 “hothouse Earth” study whose conclusions were boiled down, by the media, into “we have 12 years”.

The report, she regularly points out, also described what we can and must do “to steer the Earth System away from a potential threshold and stabilize it in a habitable interglacial-like state. Such action entails stewardship of the entire Earth System – biosphere, climate, and societies – and could include decarbonization of the global economy, enhancement of biosphere carbon sinks, behavioral changes, technological innovations, new governance arrangements, and transformed social values.” It was a warning but also a promise that if we did what science tells us we must, we would not preserve the current order but form a better one.

Another expert voice for hope is Christiana Figueres, who as executive secretary of the United Nations framework convention on climate change negotiated the Paris climate accords in 2015. As she recently declared: “This decade is a moment of choice unlike any we have ever lived. All of us alive right now share that responsibility and that opportunity. The optimism I’m speaking of is not the result of an achievement, it is the necessary input to meeting a challenge. Many now believe it is impossible to cut global emissions in half in this decade. I say, we don’t have the right to give up or let up.” She speaks of how impossible a treaty like the one she negotiated seemed after the shambles at the end of the 2009 Copenhagen meeting.