A key question to consider when looking to have a home battery installed is where to put it.

Many of our customers assume it will go in the loft since it is often an addition to or installed in conjunction with a solar system, and the solar inverter is usually in the loft (at least in the UK).

However, what most people don’t appreciate is that a home storage system is not electrically connected to the solar system; instead it is connected directly to the main consumer unit (‘fuse box’). That is because its key function is to monitor the grid connection (between the street and the consumer unit). When there is electricity being exported on this line the storage system diverts it into the battery to hold it for later, and when it sees electricity being imported it starts emptying the battery to prevent this, and so save paying for grid electricity. 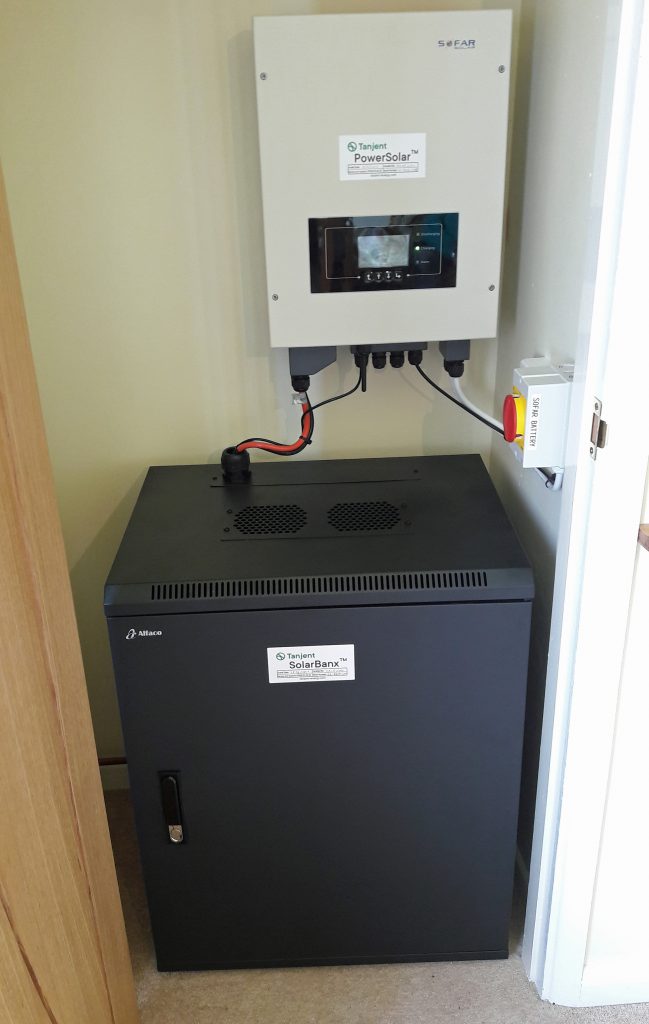 It’s the consumer unit, therefore, that is the hub of the system and so the point at which the battery storage puts the electricity into the house and takes it back out. Of course, there is usually only exported electricity available if there is a solar system installed; it’s just that since this is also connected to the consumer unit that’s still the best place to wire in the battery inverter. 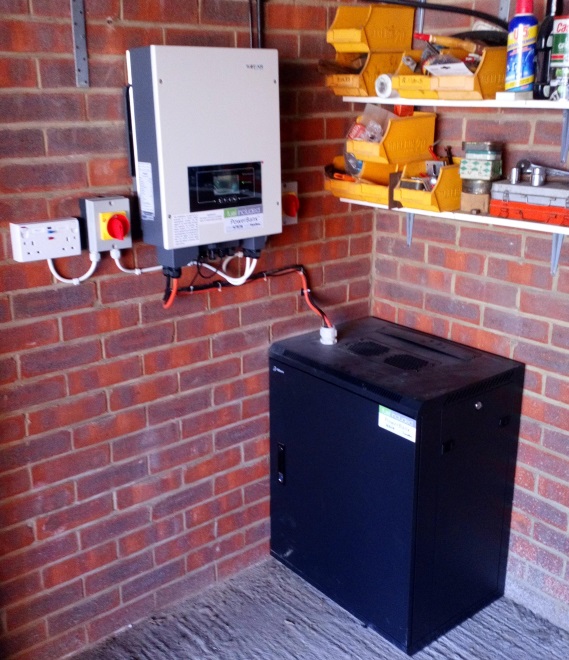 In practice there is often a sensor connection from the solar system to the battery system (a current ‘clamp’) but this is not actually required for operation, it’s just to add generation information to the readouts and charts displayed by the battery system. And again, the easiest place for this connection to go is not at the solar inverter end of the solar cable but at the consumer unit end anyway.

With regard to operating temperature, batteries work best at temperatures similar to those preferred by humans. So the bottom line is that the ideal place for a battery system to be installed is in the house, close to the consumer unit. Example locations are a hall cupboard, an understairs cupboard, the utility room and so on. 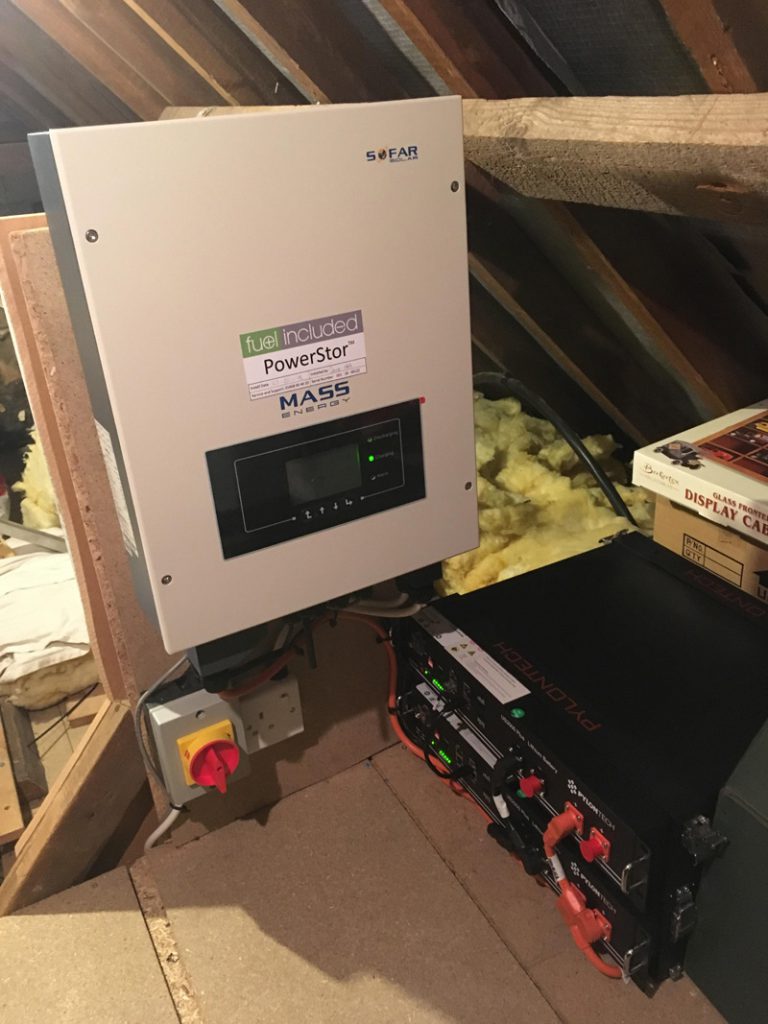 If, however, this option isn’t available then there are two main alternatives:

While we would ideally recommend a downstairs cupboard we have successfully installed many systems in garages and lofts. One particular advantage of our PowerBanx X modular battery system is that it consists of multiple batteries in an enclosure, and each part is small enough, and just about light enough, that it can be carried through a loft hatch by one person. 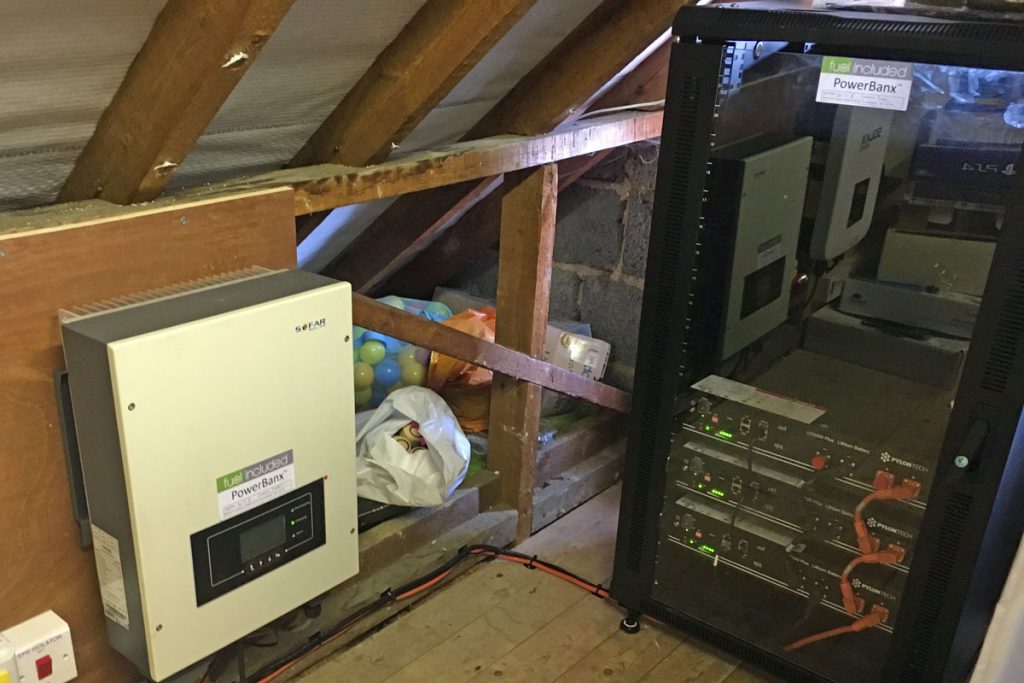 As a guide to the space needed to install a battery, note that the battery inverter and batteries need to be within 1m of each other, and their dimensions are: 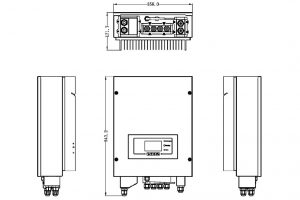 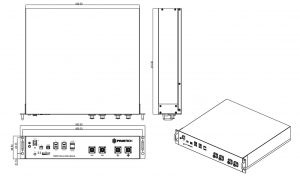 If you have any questions about locating a battery system, or any questions in general about home battery storage systems, please don’t hesitate to get in touch.