Why climate change is an irrelevance, economic growth is a myth and sustainability is forty years too late

Why climate change is an irrelevance, economic growth is a myth and sustainability is forty years too late

As someone who has been exploring the world’s most isolated wilderness regions for nearly half a century, I have some insight into the state of the planet and the human race’s current environmental befuddlement.

I’ve watched the condition of the earth plummet before my eyes within my own lifespan, to the extent that I no longer recognize it as the beautiful, diverse supporter of all life it once was.

So let me start by addressing a few key points of confusion that seem to affect both keen activists and head-in-the-sand deniers in equal measure:

Climate change is not the biggest threat to the world’s environment – we are. The world’s rivers and seas aren’t choked with floating piles of rubbish, toxic chemicals and plastic waste because of climate change. They’re that way because we have 7.7 billion people crammed onto a planet that’s dying under the pressure of our greedy, selfish abuse. Two decades from now, the earth’s oceans are on target to contain more plastic in them (by weight) than fish. Climate change didn’t do that. Way too many people did that. 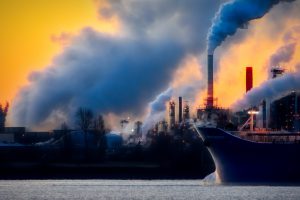 Climate change hasn’t covered the world with concrete or replaced healthy ecosystems with canal estates and shopping malls – we and our ever-increasing numbers are the culprit. Climate change is only one of many symptoms of an out-of-control disease – human overpopulation. The irreversible environmental damage stemming from having too many people on a finite planet is already painfully evident. Our bloated population is diminishing our children’s futures in ways that have very little to do with the planet’s temperature.

I keep hearing people say “Humans have always found a way to solve difficult problems, so don’t worry – it’ll all work itself out”. Alas, the problem the earth faces now is one it has never dealt with before – a plague of nearly 8 billion humans. It can’t cope anymore.

We’ve been so distracted making money, embracing our agendas and spreading myths about ‘growth’ and ‘progress’ that we forgot to notice we’ve turned our only viable planetary home into a spherical garbage dump. Humans may be impressively intelligent, but they’re also profoundly self-focused and short-sighted.

No politician talks about our population epidemic. All you hear from them is ‘jobs, jobs, jobs’ and ‘more growth’. You don’t hear climate change activists talking about overpopulation, either. It’s too dangerous a subject, too painful a reality. It permanently occupies the ‘too hard’ basket.

Instead, we’ve all jumped on the global warming bandwagon. We stridently blame governments for lack of action on climate change – while secretly hoping that whatever they decide to do doesn’t adversely affect our consumer lifestyle.

Let’s not confuse activism with action – they’re not the same. One is about social inclusion and feeling good about your outrage; the other is about doing something tangible to make things better.