‘Very overwhelming and scary’: How it feels to suddenly wake up to the climate emergency

‘Very overwhelming and scary’: How it feels to suddenly wake up to the climate emergency

For Brenda Gabriel, 39, from London, the tipping point in her climate consciousness was the devastating bushfires that ravaged large swathes of Australia from September 2019 to March 2020. By the time the last fire was extinguished, an estimated 18.6 million hectares (186,000 square kilometres) of land had been razed, with more than 5,900 buildings and homes destroyed, three billion animals harmed, and 34 people dead. 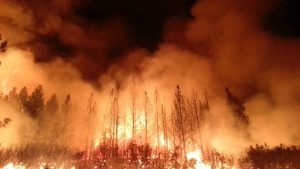 “I remember being so frustrated watching those fires on the television, particularly because the indigenous people had warned the government that it would happen,” Gabriel told The Independent.

Gabriel had already individually been prompted to move towards a crisis mindset by a 2018 BBC documentary, which examined the history of throwaway culture and the environmentally damaging results that vast amounts of rubbish eroding into the ground and sea produces. “There were also all these photos of plastic rubbish being sent to countries across the ocean, and it made me so angry and disheartened.

If you would like to know more about Solar Panels and the PowerBanx range of home battery systems, and get a free instant quote, please complete our online form: