The United Kingdom, which has recently set a record for wind power meeting its demand, issued a security of supply alert earlier this week as wind power output was low due to calm weather.

This event highlights the need of increased energy storage capacity able to balance power to the grid at times of strained supply, energy historian and expert Ellen R. Wald wrote in Forbes.

On Tuesday, National Grid ESO issued an electricity margin notice (EMN) for the evening on Wednesday. “This is a routine signal that we send to the market to indicate that we’d like a larger cushion of spare capacity,” National Grid said. The grid operator was expecting tight margins on the UK electricity system because of low renewable output and the availability of generators over periods of the day with higher demand. 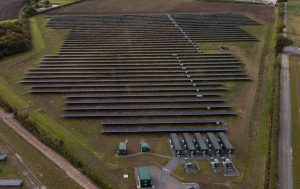 “The tight margins on the electricity system are the result of a number of factors including the weather, demand for electricity and the availability of generators,” National Grid said on Wednesday.

The UK alert about tight margins of spare supply poses again the question of how grids will accommodate growing shares of wind and solar power generation while ensuring there will be no blackouts.

The UK wants to significantly boost its wind power generation, which already holds a high share in the power mix, to the point of powering every home with wind by 2030.

The UK will aim to become a global leader in offshore wind energy, powering every home in the country with wind by 2030, Prime Minister Boris Johnson said in early October.

Last year, the UK became the first major economy in the world to enshrine into law its target to reduce its greenhouse gas emissions to net zero by 2050.