The future of storage

The future of storage

In much of the discussion of renewables as part of the energy mix, the argument often focuses on the unreliable or intermittent nature of these different sources of energy.

While at one stage it was true that renewables would not work as firm capacity, the landscape continues to change. With an increasing preponderance of different forms of renewables, such as wind, solar and more recently, tidal and biomass, there is less reliance on any one form of generating electricity or of sun or wind in one place only so the likelihood of everything not generating at the same time is reduced. However, there could still be gaps where the supply is less than demand, which means we still need to consider storage to secure renewables as firm capacity.

The conventional wisdom is that the cost of renewable storage is too high for it to be economically viable, and while that was previously the case, it will not be true going forward. 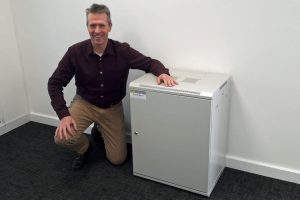 The cost of solar has dropped by 99 percent over the last four decades, according to MIT, with a trend to lower cost expected to continue. According to the International Energy Agency, the cost of solar power is expected to decline a further 15 to 35 percent by 2024. The cost of wind has also dropped by 66 percent since 2009, according to the Department of Energy (DOE) National Renewable Energy Laboratory (NREL). The combined levelised cost of electricity (LCOE) or average cost of electricity over the lifetime of the plant, that is generated using a mix of renewables and storage, has come down as a result of such decreasing costs. Additionally, the cost of lithium ion batteries has plunged. According to BloombergNEF, the volume weighted average battery pack fell 85 percent from 2010-18, reaching an average of $176/kWh. As increasing the amount of renewables is expected to lead to significant periods of supply when market prices will be very low, with reducing storage costs and renewable generation costs it is becoming increasingly economically viable to have a mix of renewables and storage.

Electric cars and power walls in homes or offices are potential additional sources of power at peak times. When electric cars are not in use, the battery can act as a source of power when needed. Exactly what is possible with electric cars depends on how the owner wants to use the car, but this option can deliver a degree of smoothing out of power, particularly in the evening. Power walls work in a similar way, charging at a time when power is cheap, such as the middle of the night, then discharging at times of high electricity prices, such as when demand is high, so again, it could help to smooth supply and demand.