Texas and the storm: Could an extreme weather event cause a similar blackout in the UK?

Texas and the storm: Could an extreme weather event cause a similar blackout in the UK?

The coldest weather since 1989 hit Texas last month, knocking out much of its generation capacity and leading to rolling blackouts amidst a devastating statewide crisis.

With the impacts of climate change being felt increasingly acutely around the world, concern that extreme weather events such as the one in the US state could shut down power supplies in other nations has unsurprising raised its head.

“The key takeaway from the Texas energy crisis is that the aging physical grid and energy systems – not just in Texas but across the US – are not prepared for extreme weather events,” said Jay Zoellner, CEO of Kiwi Power. “In Texas, a perfect storm of failed supply (mostly from fossil fuel and nuclear power plants, but from some wind resources as well) and historically-high demand caused the grid to fail.”

The last blackout experienced in the UK was on 9 August 2019, when an extreme weather event – a lightning strike as opposed to a cold snap – took out Hornsea offshore wind farm and caused a trip at Little Barford’s steam turbine. It lasted just less than an hour, but as the first major blackout for more than a decade it caused concern that the grid was vulnerable.

As industry and legislators look for lessons to be learnt to avoid a situation like that in Texas ever happening again, Current± asked if an extreme weather event could ever lead to rolling blackouts in the UK.

One of the key considerations with the blackouts is the lack of interconnection with Texas’ grid – managed by the Electric Reliability Council Of Texas (ERCOT) – and the rest of the US. The majority of the US is connected to ether the Eastern Interconnection or the Western Interconnection, allowing states to trade electricity between them. 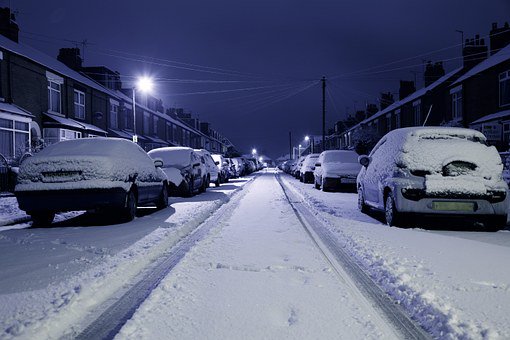 ERCOT however has remained proudly separate, which has allowed it to run free of federal oversight and regulations. Historically this has been thought to be beneficial for the state, as the leading energy producer in America given its energy wealth in oil, natural gas and renewables.

But this left it more reliant on its own generators during the extreme weather seen in February. As gas pipes and coal piles froze, nuclear struggled and some wind generation had to be halted, Texas could not rely on interconnection with its neighbours to any great extent to manage soaring demand as people turned on electric heaters.

The UK currently has 4GW of interconnector capacity, offering a greater degree of resilience. As the country transitions to a more renewable energy mix, generation is by its nature more dependent on the weather. For example, in January low winds and cold weather caused Britain’s grid to struggle, leading National Grid ESO to issue a number of Electricity Margin Notices (EMNs). By having an operating margin in place, operators are able to better manage risk from extreme events. While Texas does have a similar buffer in place, the level has dropped by 10% since 2010.

When National Grid ESO issued the EMNs, UK based assets and those in Europe were both able to respond to the increased demand, ensuring that the nation’s buffer of additional capacity was always full. When margins are tight due to low winds, greater levels of power can be imported through interconnectors from Europe, offering greater protection to the country.

A further element to consider is that due to its lack of interstate connection, the impact of Federal Regulatory Commission’s (FERC) Order 841 provision is limited. This ensures distributed energy storage can play into the wholesale market, offering increased flexibility, however the reduced Federal oversight in Texas means it could not benefit from such a provision.

ERCOT does not have a Capacity Market in the way that other grids in the US and the UK do. In Britain, National Grid ESO runs a number of different auctions to secure capacity ahead of time to ensure power supply well in advance. In Texas’s deregulated energy market however, ERCOT uses scarcity pricing to ensure reliability, but that can cause real prices to shoot up when generation becomes more strained – such as during an extreme weather event – and put further pressure on the market.

“The big difference between ERCOT and the UK is the lack of Reserve markets,” said Zoellner. “Where ERCOT uses price signals to drive behaviour, the UK’s National Grid has the option of calling on additional power using DERs (distributed energy resources).

“Kiwi provides over 10% of the MWs to National Grid’s Short-Term Operating Reserve (STOR). Assets participating in STOR are paid an availability fee (£/MW/hour) to be available in case of back up. In February and March 2018 STOR was utilised 50% more than average in February and 40% more in March, that is an additional 18GWh of energy available to National Grid in terms of stress.”