FRANKFURT — Elon Musk appears to be opening a new front in the European battle for electric-car supremacy: providing power for EVs.

Musk’s Tesla has recently acquired a license that will enable the automaker to trade electricity across western Europe and the company has also been surveying customers in Germany about potentially using Tesla electricity in their cars.

Such moves, consultants and energy industry executives say, could set the stage for the company – possibly with one or more partners – to take on established utilities in Germany, Europe’s biggest power market and autos heartland.

Generating and trading power could help Tesla lower the running costs of its cars at a time rival automakers, including Volkswagen Group, BMW, Audi, Porsche and Mercedes, are producing new electric models.

Tesla declined to comment about its energy market plans.

It could also step up competition to utilities such as Vattenfall and EnBW, which are investing in electric mobility services too, but which like peers RWE and E.ON are lumbered with the cost of winding down fossil fuel and nuclear power plants.

Tesla already sells solar panels and the Powerwall battery storage system for homes, but now appears to be looking at selling electricity directly to customers and using the home storage systems to provide services to the grid. 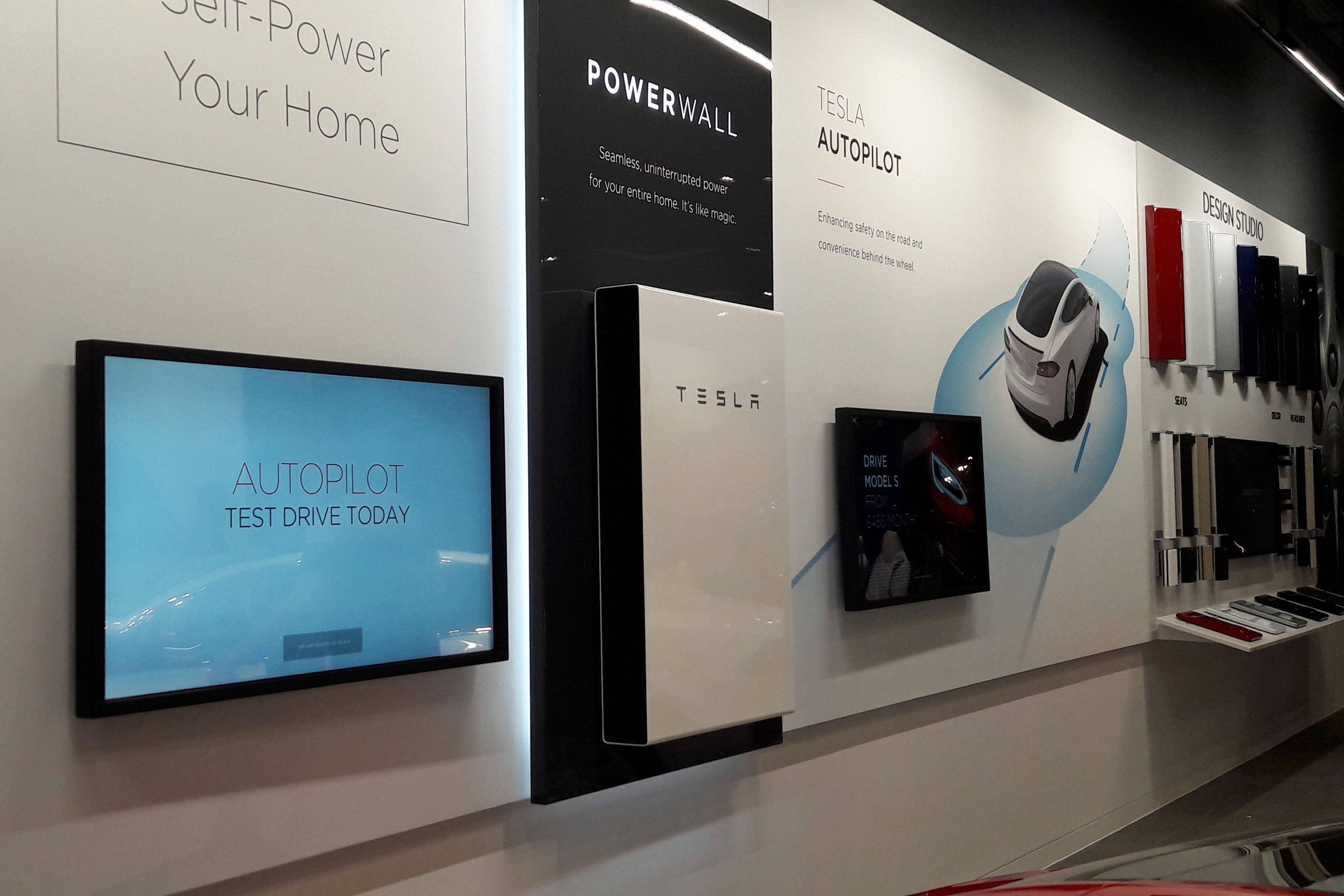 In June, the company became a member of the Paris-based EPEX Spot power exchange, a platform used to trade much of western Europe’s intraday cross-border electricity.

A month later, it surveyed German customers about their interest in energy services.

“What would encourage you to switch from your existing energy supplier?,” the survey said, according to a copy seen by Reuters.

“Would you buy a Tesla photovoltaic system and home storage (Tesla Powerwall) if you could switch to a specially designed Tesla electricity tariff?,” it said.

Tesla also asked potential energy customers whether they would allow the company to control when cars would charge.

This could allow it to coincide charging with cheap electricity rates during off peak hours, consultants and industry executives said.

It could also open the way for Tesla to use power stored by customers to help balance the electricity grid, an increasingly important service in Germany as it becomes ever more dependent on volatile wind and solar power.