Strong growth ahead for battery storage

Strong growth ahead for battery storage

Annual battery storage installations will exceed 10 GW/28 GWh in 2021, following a particularly strong year in 2020, despite the challenges created by the global pandemic, writes IHS Markit analyst Mike Longson. Combined solar and storage will be a core focus for new deployment in 2021, as the front-of-the-meter and behind-the-meter energy storage markets are both expected to grow significantly in the months ahead.

Large-scale battery deployment was subdued in the first quarter of 2020, but this slowdown was only temporary, as more than 1 GWh was deployed globally in each subsequent quarter. IHS Markit’s latest company and project database report highlighted the fourth quarter in 2020 as a record-breaking period, with more than 2.2 GWh of installations (not including residential). This brought the total in 2020 to over 5 GWh, compared to 3.2 GWh in the previous year.

Project sizes also increased significantly in 2020. In the United States, the Moss Landing project – built on the site of a former gas power plant – became the largest single-sited battery energy storage project. It even surpassed the 202.8 MWh Qinghai Solar Farm, which was completed earlier that year – although note that IHS Markit is tracking more than 5,200 projects in its project database and invites companies to submit project lists.

The first energy storage project above 100 MW came in 2017. It took another three years for both the 200 MW and 300 MW barriers to be broken. Projects in the order of 400 MW and above have been announced and are likely to be in operation before the end of 2025. Project sizes are increasing because they are inversely proportional to system prices, which have continued to decrease, making larger projects more economically feasible.

In 2021, the United States is forecast to account for 50% of the global market, following a threefold increase from 2020, as energy storage project owners take advantage of the federal solar investment tax credit (ITC). In Europe, a 70% increase in annual installations will be realized in 2021, driven by new frequency response, capacity market, and renewables co-location opportunities. 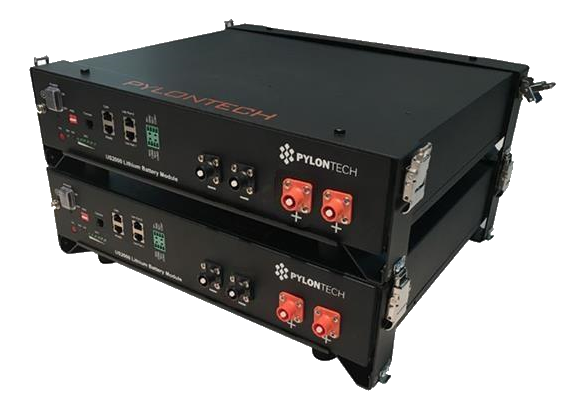 This year will be a record period for growth, but it also marks the start of a longer period of sustained growth for the industry through to 2030. Much of this growth will come from the front-of-the-meter segment, and we anticipate that larger utility-scale projects will become the real engines of growth for the energy storage industry in the coming years. The United States will continue to extend its dominance of the global market, gaining market share until 2023. However, from 2025, decarbonization plans in mainland China will lead to rapid growth in the region, driving Asia Pacific to account for 44% of annual installations by 2030.

The IHS Markit residential energy storage index highlights that in the fourth and final quarter of 2020, shipments saw an increase of 19% quarter on quarter, and five countries reported shipments exceeding 100 MWh. Germany saw shipments fall significantly in the final quarter of the year as inventory was cleared and system suppliers waited for delivery of batteries.

In 2020, both Germany and the United States recorded shipments of over 1 GWh. Tesla ranked first in terms of capacity because of its dominance of the U.S. market, but also geographic coverage. Sonnen was the leading supplier on a MWh basis in Germany (the largest market) in 2020.

In the latter stages of 2020, customers in Germany, Italy, and the United States were experiencing delays of between three and nine months, as demand had begun to exceed supply. Installations in 2021 are expected to rise to 1.6 GW/4.1 GWh, representing a year-on-year increase of 26%, after deployments in 2020 surpassed 1 GW for the first time (1.3 GW/3.2 GWh – annual installations in 2020). Self-consumption of rooftop solar PV generation and backup power continue to be the main drivers for new installations, as markets with support schemes keep growing rapidly.

In the short term, subsidy schemes will drive deployment, encouraging installations as solar and storage is supported. Current leading markets – Australia, Germany, Japan, and the United States – all have the same things in common: They have strong solar markets with schemes in place to encourage new and retrofit storage installations.

Toward 2030, the introduction of other revenue streams will aid future deployment. Aggregation, community balance structures, and enabling access to wholesale or capacity markets will allow owners of home battery energy storage systems the ability to stack revenue streams.

The C&I space continues to lag behind other sectors, despite promising economic value propositions for businesses. A short-lived boom in 2018, caused by lucrative renewable energy credits for renewable generation paired with storage, saw 71% of all global installations deployed in South Korea. Hindered by fires related to poor cell production – as well as the integration and management of operational systems – South Korea accounted for 35% and 24% of global C&I installations in 2019 and 2020, respectively. That was before the expiry of the REC scheme, and ultimately the demise of the C&I storage opportunity, at the end of 2020.

Globally, the C&I sector has undergone rapid consolidation, as many key players have pivoted, exited the industry, or been acquired. The developers with the strongest project pipelines through early 2021 all have access to capital from their parent companies.

The storage sector has overcome the short-term project delays caused by Covid-19. However, the long-term economic consequences of the pandemic will have a significant impact on developers’ end markets and sales pipelines. The major challenge for C&I energy storage is that the economic benefits vary significantly from customer to customer. This makes it very difficult to offer a standardized solution, which, in turn, increases the cost of building systems and acquiring customers.