Solar has continued to be the most popular renewable technology with the public as of September 2019, a factor which must be considered by any prospective government the industry has said.

Statistics released by the Department for Business, Energy and Industrial Strategy (BEIS) shows solar has an 85% approval rate with the public.

The second most popular renewable technology was offshore wind at 81% of people approving the technology, then wave and tidal (80%), onshore wind (78%) and lastly biomass (70%). Biomass reached highest approval since the tracker began, however. 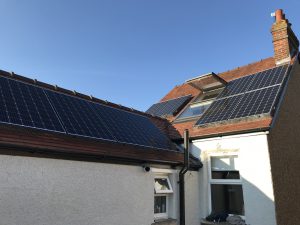 Whilst solar maintained its top spot at 85% approval, it dropped slightly from the 89% recorded in March. Support for the technology has remained between 80% and 89% throughout the tracker’s lifespan.

“Solar’s immense popularity with the public should come as no surprise given its cost-effectiveness, simplicity and reliability, in addition to its capacity to harmonise well with building aesthetics and the enhancement of natural capital on ground-mount sites.

“Those looking to form the next government would do well to consider this when preparing their manifestos.”