Legislation to increase the rate of VAT attached to solar panels and home batteries to 20% move forward yesterday following a legislation committee hearing that included accusations of government errors and “bombast and windbaggery”.

Yesterday (Monday 24 June) legislation was put forward containing the VAT increase, which will see tax on home solar and battery storage systems ramped up from 5% to 20%.

While some exemptions will remain – housing associations, people over 60 and those on certain benefits will continue to pay the 5% rate – and the increased rate will not apply to labour costs, the industry has warned of the significant detrimental impact the rise could have on installations. 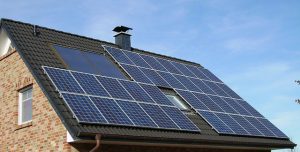 After the legislation was laid, it was discussed by the Delegated Legislation Committee yesterday afternoon.

Jesse Norman, ex-BEIS minister and current paymaster general, sat on the committee and presented the legislation, but the policy was subjected to a comprehensive rebuttal by Labour MP Peter Dowd, who attacked its timing – the committee was sitting at the same time a debate on net zero legislation was occurring – and how it stems from an unsuccessful defence of the discounted 5% rate before the European Commission.

Dowd squared this defeat solely with the government, claiming that it had put forward an unprepared defence before stressing it should now admit its failures in this regard.