On August 9, a thunderstorm caused 1.5 GW of generation capacity to go offline within seconds in the U.K.

The incident caused millions of households to temporarily lose power but the situation could have been considerably worse if not for the country’s battery storage reserves.

Renewable energy company RES claims to have averted disaster in the U.K. – and with parliament ready to go on an enforced break tonight, it isn’t Brexit the clean energy company is talking about.

RES says its battery capacity was instrumental in preventing a complete blackout in the U.K. in the wake of a thunderstorm on August 9. 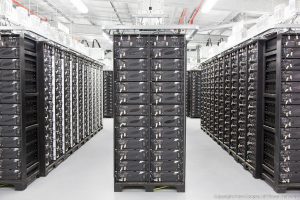 The Hertfordshire-based company operates an 80 MW storage portfolio in the U.K. which sprung into life when a gas-fired power plant and an offshore wind power station ceased operation after a lightning strike and poor weather conditions. The incident caused trains to halt, traffic lights to stop working and blackouts for nearly a million households and some hospitals. However, it could have been much worse, according to RES.

With a 660 MW gas-fired power plant in Little Barford suddenly stopping after a lightning strike, and the Hornsea 1 offshore wind park subsequently going offline, the grid was 1.5 GW short of electricity within a minute or so.

Battery capacity is theoretically well-suited for such scenarios as the power stored is highly dispatchable and such assets can be mobilized rapidly and accurately. The blackout offered RES and its batteries to show what they could do.

The battery portfolio reacted within seconds to counter the falling distribution frequency. The gas plant failed at 4.52pm and the resulting lack of 660 MW of capacity occurred within seconds. According to RES, grid frequency fell at a rate of 0.144Hz/s but within 25 seconds its batteries kicked in and changed from charging to discharging mode, helping the frequency recover.