Reckoning With Personal Responsibility In The Age Of Climate Change

Reckoning With Personal Responsibility In The Age Of Climate Change

As someone who loves traveling and going outdoors, I struggle with balancing my hopefulness and my despair — and my culpability — regarding an imperiled earth.

A couple weeks ago, I made the mistake of watching Netflix’s new documentary series Our Planet after hitting a friend’s weed pen. Even though I knew that famed naturalist David Attenborough’s latest project aimed to explicitly address the effects of climate change, I was still expecting to (mostly) enjoy a big, splashy nature doc, letting myself become fully immersed in the overwhelming beauty and vastness of life on Earth — especially since, someday all too soon, many of these glorious scenes will be lost to us.

What I didn’t expect were the horrors awaiting me at the (now-infamous) end of Episode 2. A huge group of walruses congregate on a tiny stretch of land because they can’t gather on swaths of Arctic sea ice that no longer exist. Forced to find space from the crowd, some of the poorly sighted animals climb up steep cliffs — then, sensing other walruses below, fling their bodies off the edge. Somehow I’d missed all the coverage of Netflix’s warnings to animal lovers about this particular moment. Even if I had, I don’t think anything could have prepared me to see these gentle, gigantic animals tumble to their deaths. I started to weep; I think being stoned could only partially account for my spiral. 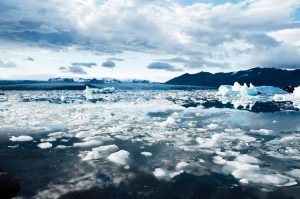 Piles of walrus bodies, smashed and bloody, will now join the morbid climate change gallery I keep on shuffle in my brain when I’m, say, trying to go to sleep or otherwise enjoy my life: the endangered orangutan trying to stop a bulldozer and save its home, or the polar bear mother and cubs crowding onto a tiny block of ice in the environmental advocacy commercials that used to play, over and over again, in my childhood. Even worse: I picture the growing number of human climate refugees, driven from their homes by droughts, flash floods, and fires, a tableau of mounting apocalypse on a near-biblical scale.

Walruses aside, some critics don’t think that Our Planet goes far enough. Yes, we see a fair bit of animal death, in addition to ghostly forests of dead coral and crumbling glaciers; but “the camera still captures life on a grand scale: Wildebeest herds are enormous, penguin colonies stretch as far as the eye can see, millions upon millions of ants inhabit jungle floors,” writes Brian Resnick at Vox. He wishes that Our Planet had fewer Planet Earth– and Blue Planet–style scenes of grandeur and more moments that convey “a visceral sense of loss.”