‘No point in anything else’: Gen Z members flock to climate careers

‘No point in anything else’: Gen Z members flock to climate careers

California is facing a drought so devastating, some publications call it “biblical”. Colorado now has “fire years” instead of “fire seasons”. Miami, which sees more dramatic hurricanes each year, is contemplating building a huge seawall in one of the city’s most scenic tourist districts to protect it from storm surges.

“Once you learn how damaged the world’s ecosystems are, it’s not really something you can unsee,” says Rachel Larrivee, 23, a sustainability consultant based in Boston. “To me, there’s no point in pursuing a career – or life for that matter – in any other area.”

Larrivee is one of countless members of Gen Z, a generation that roughly encompasses young people under 25, who are responding to the planet’s rapidly changing climate by committing their lives to finding a solution. Survey after survey shows young people are not just incorporating new climate-conscious behaviors into their day-to-day lives – they’re in it for the long haul. College administrators say surging numbers of students are pursuing environmental-related degrees and careers that were once considered irresponsible, romantic flights of fancy compared to more “stable” paths like business, medicine, or law.

“I cannot imagine a career that isn’t connected to even just being a small part of a solution,” says Mimi Ausland, 25, the founder of Free the Ocean, a company that aims to leverage small actions to remove plastic from the ocean. 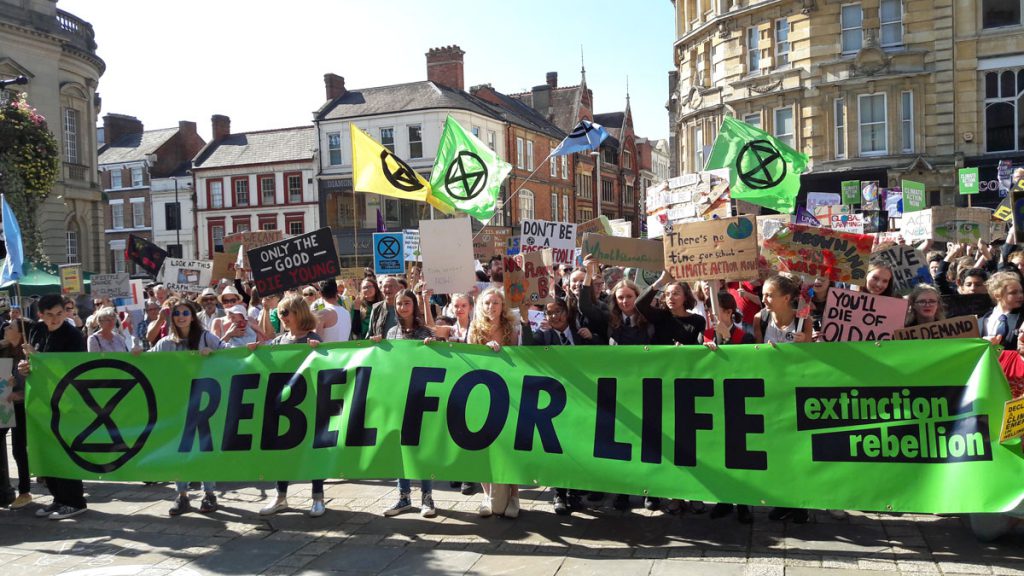 Democrats in Washington hope to channel this energy through the proposed Civilian Climate Corps, a federal jobs program for young people to help fight the climate crisis and conserve public lands. While funding for the New Deal-inspired program is tied up in budget negotiations on Capitol Hill, youth activists say they hope it would help kids fresh out of high school land environmental-related jobs.

“The Civilian Climate Corps would actually allow a lot of young people to have a direct pipeline to these careers,” says Matt Ellis-Ramirez, 22, a Chicago-based volunteer for the youth-led environmental activist organization the Sunrise Movement.

Young people are finding their way to these careers, though, with or without the federal government’s support. Brooke Hoese, a 24-year-old undergraduate in Texas pursuing a career in restoration ecology, is taking an interdisciplinary approach. They spent the summer working on a farm that practices regenerative agriculture, a method to restore soil biodiversity, to contribute toward an integrative studies degree involving ecology, literature, and philosophy.

“My goal is to use the lens of literature and philosophy to study and hopefully help repair humans’ relationship to our environments,” they say.

College campuses across the country are now finding new ways to help students like Hoese integrate climate studies across various disciplines. The University of Southern California in Los Angeles, for example, launched the Sustainability Across the Curriculum program earlier this year to teach the college’s 20,000 undergraduate students how their majors intersect with sustainability and the environment.

A 2020 USC survey found that 64% of undergraduate students are “very interested” in on-campus sustainability, while 27% are “interested”. They’re also practicing what they preach: 33% of survey respondents say they participate in sustainability activities “daily” and 27% report weekly sustainability practices.

“In the past, interest in the environment and sustainability was probably more of a niche interest, whereas now I see students that are studying in many different fields across campus also have an interest in sustainability,” says Jill Sohm, the director of the Environmental Studies program at USC. She says there’s been an uptick in student enrollment within her department, particularly over the last five to 10 years.

Christopher Schlottmann, the global curriculum coordinator at New York University’s environmental studies program, reports similar growth. And while the job market is rough across the board for new grads, Schlottmann says having some form of environmental degree under their belt is an asset, not a hindrance.

“There’s a general reputation that if you do good for the world, nobody’s going to pay you to do it. I don’t think that’s that accurate,” he adds. “If you understand how climate change works, then a bank should actually really want to talk to you because they want to hedge their risk.”

The United States Bureau of Labor Statistics projects that employment opportunities for environmental scientists and “related specialists” will grow 8% over the next 10 years, a rate much faster than growth in other industries. And pay ranges notably above overall median income levels: the 2020 median pay for environmental scientists is $73,230 per year, while environmental lawyers earn a median yearly salary of $122,960. Urban farmers, a career path that doesn’t require a bachelor’s degree, make roughly $71,160 a year.