Heat Waves and Heat-Related Illnesses: When the Heat Rises, So Do the Risk

Heat Waves and Heat-Related Illnesses: When the Heat Rises, So Do the Risk

Summertime, for many in the US, is the best part of the year. Weeklong trips to the beach. Weekends spent lounging and grilling by the pool.

And in the middle of it all, on July 4, one of the most festive holidays on the calendar.

Summer also brings with it heat. In some portions of the country, it can be oppressive. 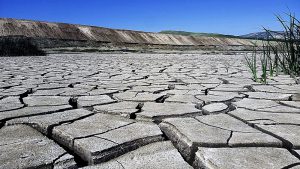 Of course, mercury busting temperatures are nothing new during the months between June and August (considered meteorological summer). The hot US summers of 1936, 1980, and 1983 were record-breaking. Short, but incredibly deadly heat waves occurred in Los Angeles in 1955 (946 deaths) and New York in 1972 (891 deaths).

However, if it seems that in more recent years temperatures have been uncomfortably warm, you’re not mistaken. Of the ten hottest years in the US, the top four have all come within the past decade.

Let’s sweat it out a bit and look closer at heat – more specifically, heat waves – and what they can do to the human body and how to protect yourself when the temperature starts rising.

What is a Heat Wave?

We all know summertime is hot. The seasonality of our climate dictates that temperatures push upward June through August across the US. It’s not uncommon for many parts of the south and southwest to experience triple-digit readings during this time.

A heat wave happens when high pressure creates a dome of air over a specific region. This dome traps air at ground level and prevents it from rising. Without this rising air, rain can’t develop, and there’s no mechanism to prevent the hot air from growing even hotter.

Until the dome of high-pressure moves or is displaced by another weather system, the blistering hot air remains in place.

As an example, let’s examine summers in Dallas, Texas.

Collectively, since the year 1994, Dallas’ average June through August temperature is 85°F. From the chart, you can see that in some months the average temperature topped out a few degrees higher, between 87°F and 89°F. This reflects daytime highs in the city that reached between 90°F and 99°F.

Hot, yes, but not uncommon, even if for an extended period.

In a heat wave, the temperature rises to a point well above the norm, doing so over a period of time. Prolonged bouts of heat can last several days, weeks, or, in the most extreme cases, months.

Again looking at the linked chart, you can spot several of the most notable Dallas heat waves in months where the average temperature exceeded 90 degrees.

While a heat wave in a warm climate may not be an extraordinary weather occurrence, its anticipated that heat waves in general – and their severity – are expected to become more frequent as temperatures rise globally. This includes areas not typically associated with the sweltering heat of summer.

For instance, in August of 2003, nearly 70,000 people succumbed to stifling heat in Europe. In 2018, a heat wave across Japan was so severe, their government declared the soaring temperatures a natural disaster, with a spokesman proclaiming the weather “unprecedented” and “a threat to life.”

In the US, heat proves deadliest among weather-related fatalities. In 2018, heat was responsible for more deaths than floods, tornadoes, and hurricanes combined.

Intensification of a Heat Wave

There are several conditions which can intensify a heat wave. Should a dome of heat form in a climate unaccustomed to oppressively hot weather – where air conditioning proves the exception, not the rule – residents can endure oven-like temperatures within their homes during the daytime.

A city, by way of endless asphalt, concrete, and glass, may amp up the effects of a heat wave through a phenomenon known as “urban heat island.” The city retains the heat for more extended periods, which means nighttime temperatures remain high versus cooling off.

According to Jonathan Erdman, a Weather.com meteorologist, it’s a deadly combination:

“Overnight temperatures which don’t drop below 80 degrees are dangerous because those without air conditioning can’t simply open their windows for relief at night. So, essentially, there’s no break in the heat at night.”

In other words, you don’t even have to be outside to endure the brunt of a heat wave and potentially fall victim to its harmful consequences.