This week I’m going to run through some of the more exotic and high-end (or just interesting) electric cars that were on display at the Fully Charged show this year.

Let’s kick off with a celebrity – a Ford Mustang Mach-E. This particular one has just been in the news for breaking records including driving from John O’Groats to Lands End with just three charges. 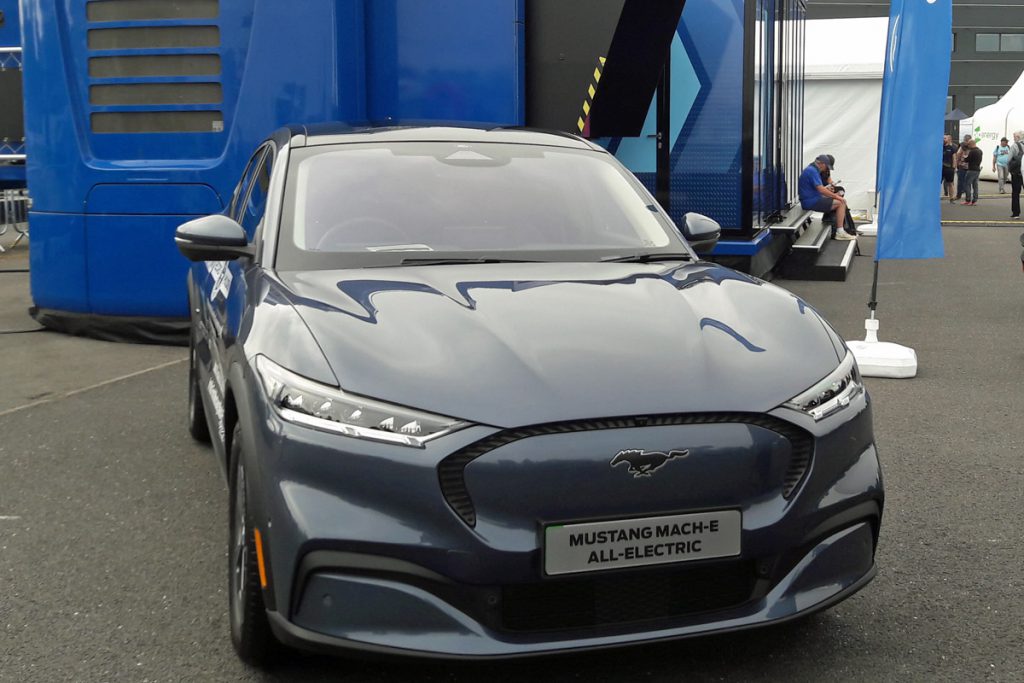 Just next door was the very well received and reviewed Polestar 2: 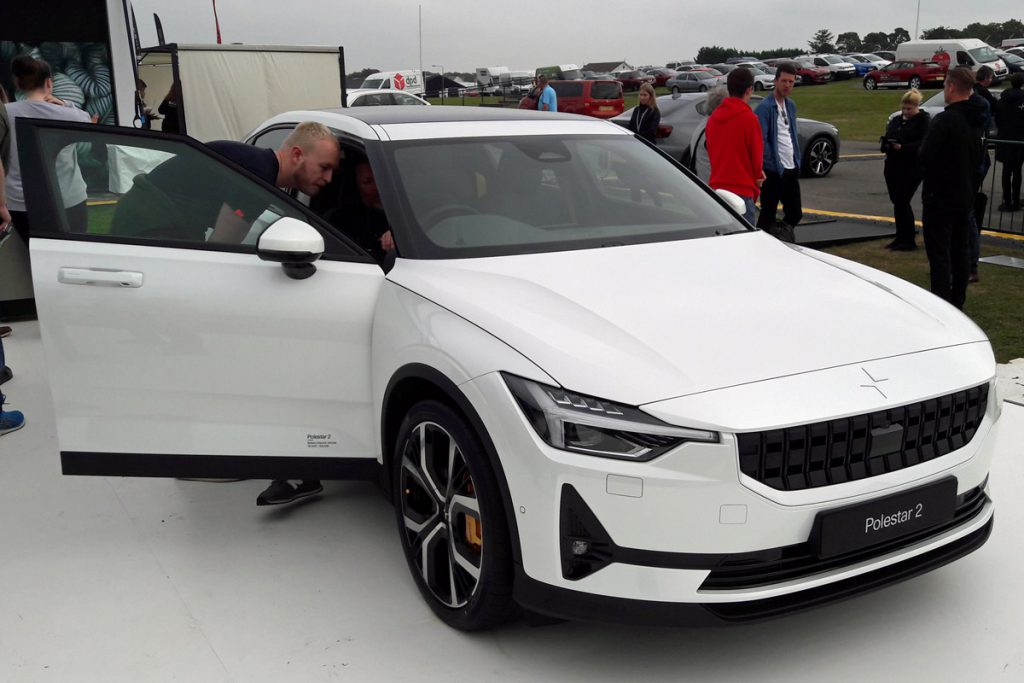 My personal favourites were the recently launched Hyundai IONIQ 5 and Kia EV6. They are both based on the same new chassis, a replacement for the one in the Hyundai Kona (one of which I’ve just leased) so it’s interesting to see them forging ahead. Not only are they novel and interesting EV-only designs, they have particular tricks up their sleeves – like superfast charging and (in the IONIQ 5) fully reclining seats and a 13 Amp socket outlet from the battery. The latter is marketed for camping and the like, but with the projected electricity shortages this winter it may get other uses! 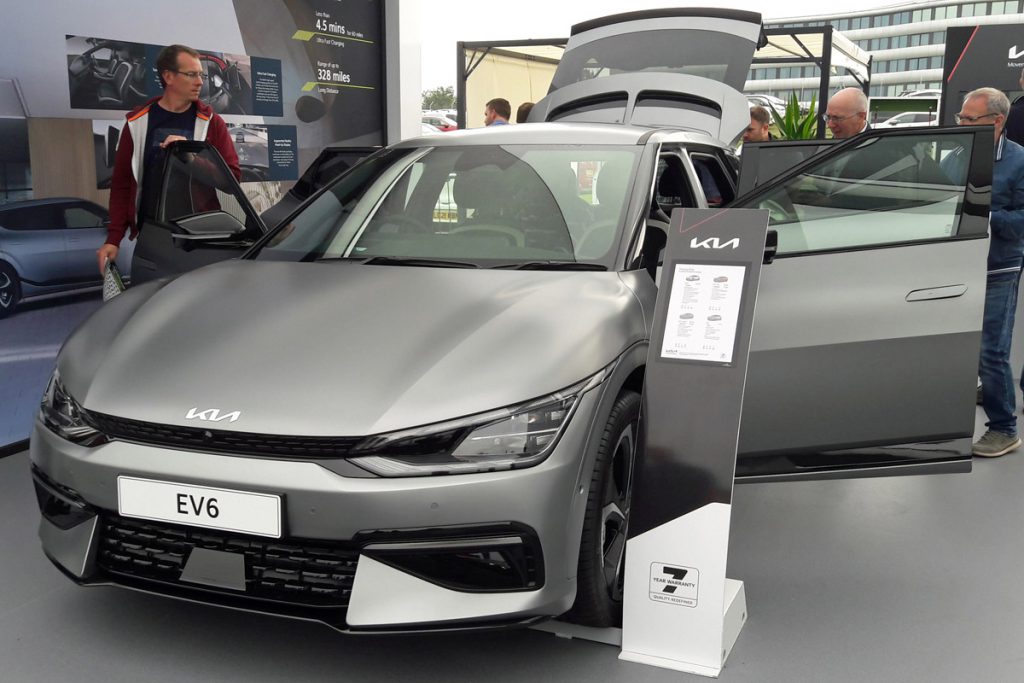 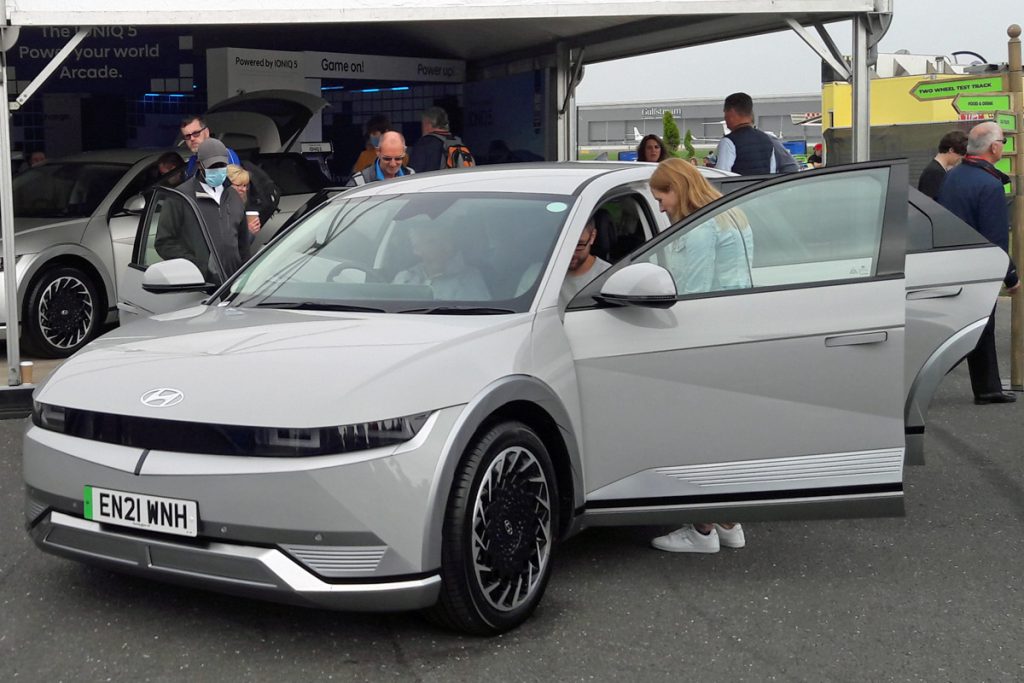 Nissan have been slow to capitalise on their lead with the Nissan Leaf, however they have finally delivered the Ariya EV. It’s an SUV and fingers crossed will have a similar success to their Qashqai which has sold in very large numbers. It was getting an early outing at Fully Charged, but no-one was actually allowed to touch it never mind get in! 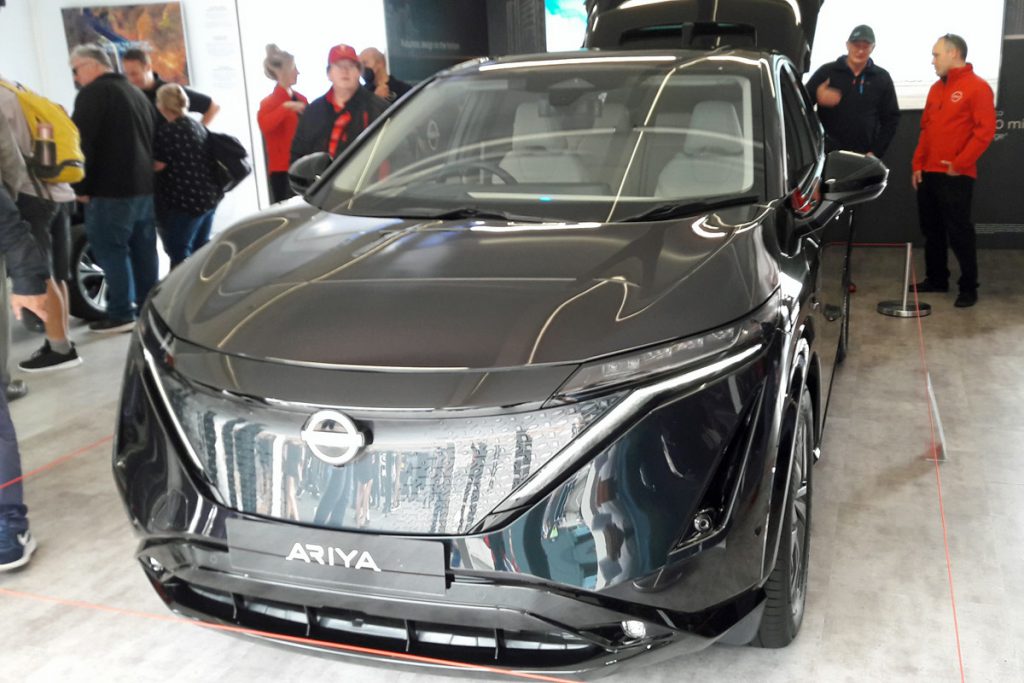 Finally to close is the rather cute Honda E city car, suitably demonstrated under a solar car port! 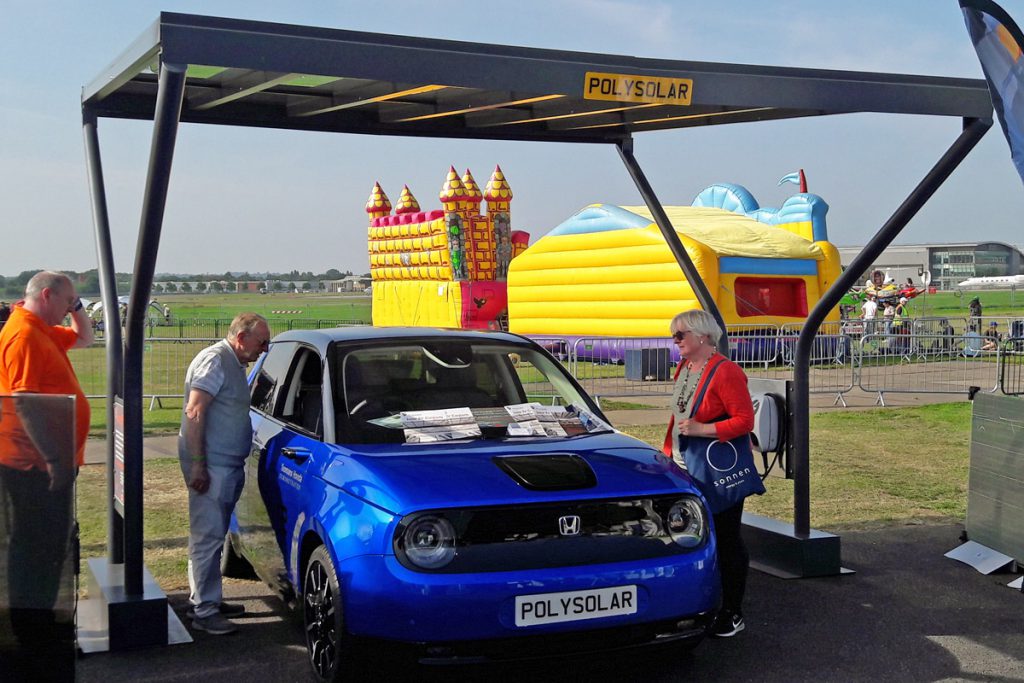