A majority of urban residents across Europe do not want to see air pollution return to pre-Covid-19 levels and support changes in transport to protect clean air, according to a YouGov opinion polling in 21 European cities.

Levels of air pollution from traffic and other sources plummeted when countries imposed pandemic lockdown measures. 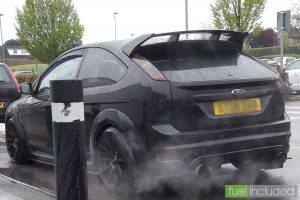 Data from the University of York estimates that particulate matter pollution has dropped by between a third to as much as 50% in London, Birmingham, Bristol and Cardiff.

There have also been falls of around 25% in Manchester, York and Belfast, with smaller declines in Glasgow and Newcastle.

For nitrogen dioxide (NO2) pollution, the data also shows declines of a third to a half in London, Birmingham, Bristol and Cardiff, and drops of 10-20% in the other cities.

Just under two out of every three people (64%) on average said they do not want to go back to pre-Covid pollution levels.

Roughly the same proportion (68%) agreed that cities must take effective measures to protect citizens from air pollution, even if it means preventing polluting cars from entering city centres to protect clean air, with as many as 63% of drivers themselves in support.

Around three quarters (74%) of respondents said cities must take effective measures to protect citizens from air pollution, even if this requires reallocating public space to walking, cycling and public transport, with just 10% opposed.

Even though there is reluctance to use public transport due to the potential risk of contagion, regular users of buses and trains said hygiene is a deal-breaker.