Annual residential battery storage installations in Europe passed the 100,000 mark for the first time ever in 2020, reaching a cumulative total of 3GWh capacity.

The upward trajectory is set to continue and accelerate, according to SolarPower Europe, with a combination of economic and non-economic drivers propelling a 400% growth over five years. The European trade association’s latest annual report into the market forecasts installed residential capacity of 12.8GWh across the continent by 2025. 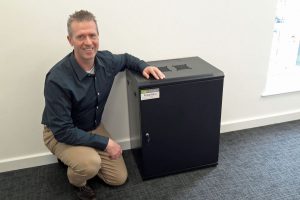 Uptake in Germany, Europe’s biggest national market for household batteries, was initially spurred on by environmental concerns and a desire for more energy independence. Yet the economics have also now become favourable: German households with solar and storage systems have a levelised cost of electricity of nearly a third less than those without, at €0.122 (US$0.137)/kWh.

Around 60% of new solar PV systems in Germany are being installed together with battery storage. High retail power prices are a direct driver in this uptake.

“As the popularity of residential solar increases, more households are realising that domestic storage systems will maximise the value of their solar PV systems,” SolarPower Europe CEO Walburga Hemetsberger said.