Drought in southwest US worst in over a century, induced by climate change, says government report

Drought in southwest US worst in over a century, induced by climate change, says government report

Climate change has led to the worst drought on record in the US and rainfall has been at the lowest 20-month level since 1895 in the region, according to a new government report released on Tuesday.

Southwest US, including the states of Arizona, Utah, Colorado, New Mexico, Nevada, and California, received the “lowest total precipitation” over the 20-month period from January 2020 through August 2021, according to the National Oceanic and Atmospheric Administration (NOAA) report.

During that period, the southwest also had the third-highest daily average temperatures since 1895.

“The warm temperatures that helped to make this drought so intense and widespread will continue (and increase) until stringent climate mitigation is pursued and regional warming trends are reversed,” the study said.

Several reports and studies have found that this severe drought has led to unprecedented water shortages in western reservoirs, threatening drinking, agricultural, and tribal water supplies. Experts have also highlighted that water scarcity in the region has affected power generation from hydroelectric plants, as well as fishing and recreational activities. 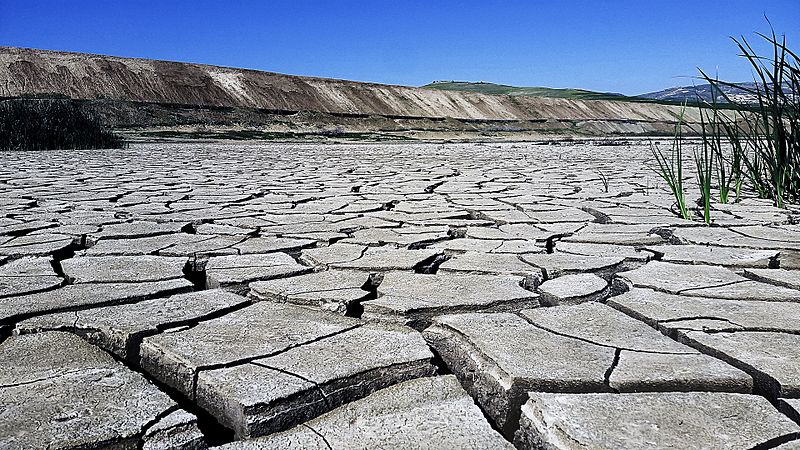 The severe drought is also linked to the massive western wildfire seasons of 2020 and 2021, which were fuelled by the lack of precipitation and surface moisture.

Based on the costs of similar droughts in the past, experts have warned that economic losses due to climate change-induced drought, which won’t be calculable until the event ends, could be around billions of dollars.

Rainfall in the US southwest comes via storms that develop over the Pacific Ocean traveling along the jet stream and making landfall on the western coast, typically in the cool season.

However, successive failures of precipitation seasons have led to a build-up of dry conditions.

“First, the winter storms of 2020 brought below-average precipitation to California and Nevada generating low rainfall amounts and snowpack,” the authors of the study noted in a statement.

They added that a failure of the summer monsoon in 2020 led to the driest summer in history in the southwest, and a dryer-than-normal winter in 2020-21 then led to further precipitation deficits.