The two millionth SMETS2 smart meter has been installed, marking the doubling of installs since May.

The Data Communications Company (DCC), which manages communications between the country’s smart meters, is celebrating milestone, which has come amidst an uptick in installs. Leading areas are seeing 1-in-7 households with a smart meter, the DCC said.

Smart meters are being installed at a rate of 23 per minute, enabling this milestone to come only months after hitting one million installs in May. 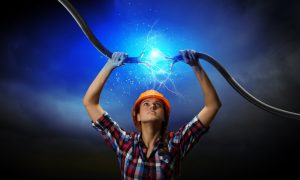 Despite the ramping up of installations, there is still a way to go to meet the government’s 2020 target. Earlier this year, Cornwall Insight predicted 50,000 meters would need to be installed a day – equivalent to approximately 35 per minute – if this target is to be hit.

The installation rate of smart meters has attracted repeated criticism, with Citizen’s Advice most recently branding the 2020 target as “unfeasible”.