The Prime Minister unveiled the first facet of the plan, a £160m pot to support the offshore wind sector, a month ago. Plans to announce the other nine steps have been delayed due to the Cabinet’s work to introduce the three-tier system for Covid-19 and, latterly, a second national lockdown for England.

Media outlets had reported that Johnson was also set to confirm support for hydrogen production and infrastructure; carbon capture and storage (CCS); low-carbon synthetic fuels for aviation; small modular reactors and EVs. On EVs, he was expected to confirm that the UK’s ban on new petrol and diesel car sales would be brought forward from 2035 to 2030.

It is this latter part of the plan that many businesses are impatient for, given that it will dramatically shift the business plans of automakers and businesses with large commercial fleets. 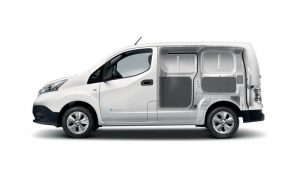 BT, Royal Mail, Centrica and DPD have today (6 November) renewed calls they made in the summer, as part of a policy briefing paper co-ordinated by The Climate Group’s UK Electric Fleets Coalition and EV100 schemes. The briefing paper recommended that Johnson confirm his intentions around the petrol and diesel phase-out date by the end of 2020 and that the government extended funding for grant schemes and EV charging infrastructure.

Members of the UK Electric Fleets Coalition have collectively pledged to source more than 400,000 low or zero-emission vehicles. The cohort believes that policy clarity would encourage more businesses to follow suit.

Royal Mail is the latest business to join the Coalition, which has gained three new members in the past two weeks. Its other members include Tesco, Dixons Carphone, Ikea and Heathrow Airport.

“We will work with this coalition to champion and enable the widespread implementation of charging infrastructure to make that happen in as many locations as possible across the UK.”

Ahead of the curve

The announcement from The Climate Group comes in the same week that Bentley unveiled a major update to its business and sustainability strategy, committing to only sell fully electric vehicles by 2030.

The Crewe-based luxury carmaker will launch two new plug-in hybrid electric models in 2021 and will remove petrol engines from its model line-up by 2026. By 2030, it will stop producing petrol and hybrid cars altogether and only offer fully electric models.