Confronting the key weakness of solar.

Energy Dome just announced the close of its $11 million Series A funding round. The Italian company will use that new money to develop and demonstrate the technology for its CO2 Battery, which will greatly enhance solar energy storage, a press statement reveals. 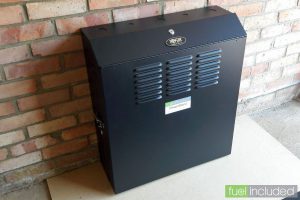 The CO2 battery will store solar renewable energy during the day when there is a surplus of energy, and release it at night and during peak hours. It will also greatly reduce the problem of performance degradation faced by lithium-ion battery solutions.

Making solar and wind energy ‘dispatchable 24/7’
With massive new solar farm projects under development, such as the U.S.’s $1.5 billion, 13,000-acre Mammoth Solar Farm, the world increasingly needs efficient methods for storing renewable energy. According to Energy Dome, its “modular, scalable energy storage solution will allow for solar and wind generation to be dispatchable 24 hours per day.”

Unlike lithium-ion batteries, which degrade significantly in performance after roughly a decade of use, the CO2 Battery maintains the same performance during its 25 years of expected operation time. This means the cost of storing energy will be approximately half that of a lithium-ion battery with an equivalent storage space, Energy Dome explains.