2020 – WHEN THE GREAT DISRUPTION BEGAN

2020 – WHEN THE GREAT DISRUPTION BEGAN

[This article caught my eye as it has parallels with my own views, see here. Trevor]

It was always going to come to this. Whether it was a pandemic triggering a shutdown, a climate emergency bursting the carbon bubble, a populist backlash against inequality, wars over water or countless other possible triggers, this moment has long been inevitable.

COVID-19 is just like a match thrown on a tinder dry forest floor on a hot windy day and starting a wildfire. The match isn’t the key – it’s where it lands.

While of course a pandemic would always be an enormous economic and health challenge, the context in which it lands is the key to our ability to manage it. Thus, we now see our economic system’s inherent instabilities clearly exposed. The house of cards is collapsing. 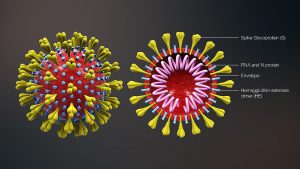 Won’t this all pass? We’ll find a cure, develop a vaccine, boost the economy and then everything will get back to normal. It’ll take a few years, but we’ll get back on track. Right?

We are at the beginning of a process with an uncertain end. It could be a major recession, a full-scale depression, or a slide into systemic collapse. Or it could be a turning point – where we recover and build a very different kind of economy, one defined by sustainability and resilience with a focus on improving human well-being. This range of outcomes is uncertain. What is certain is that we are not going back to how things were.

We should always remember the true meaning of the word ‘unsustainable’. You can never be sure when, or how it will happen, but one thing you can be very sure of is this: when things are unsustainable….they will stop.

When I wrote my book “The Great Disruption” in 2011, I laid out this argument. At that time, I thought the climate crisis was the most predictable trigger point for a crisis that would drive system change. Basic physics showed that increasing emissions would, in the end, force an existential crisis. But like the match, the trigger is not the key. The book’s main focus was the broad global system and its inherent unsustainability – and why a major disruption was inevitable.

In summary the argument I made was this.

An economy and human society built on the concept of infinite compound economic growth was, by itself, obviously ultimately unsustainable. It’s like COVID-19 cases doubling several times a week – in a short time you go from a worrying number, to a collapsed health system and social chaos. On a longer timeframe, it’s the same with infinite economic growth.